Ramdeen and Harrilal Lead North to Scotiabank NextGen U15 Semi-final 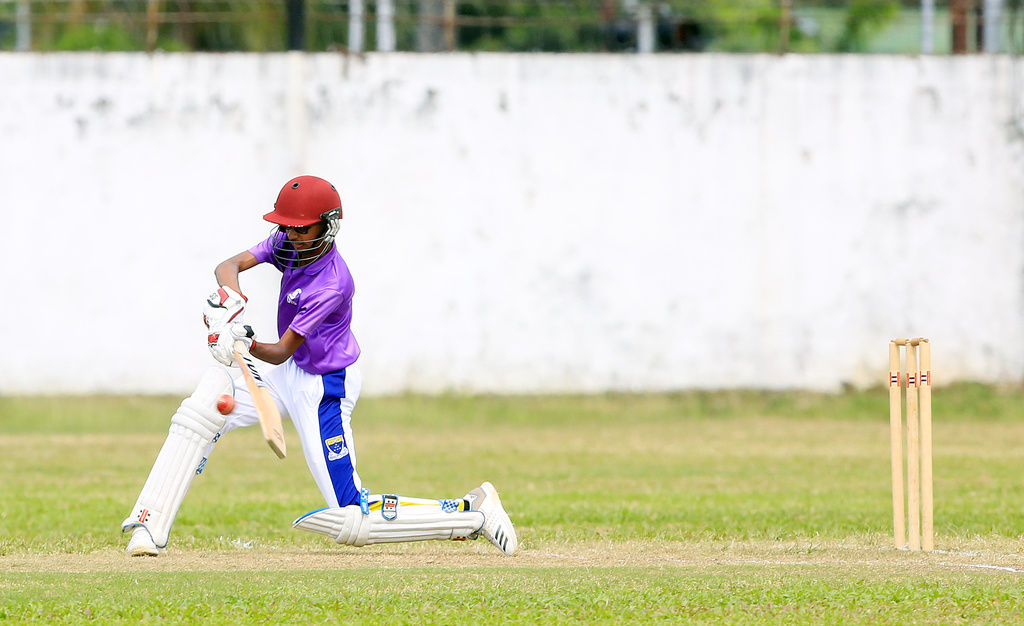 North Zone will face defending Champions Central Zone in the first of two semi-finals of the Scotiabank NextGen U15 Tournament on Wednesday 12 February, at the Brian Lara Cricket Academy in Tarouba. The North team is fresh off a victory over Tobago last Wednesday that assured them their berth into the semis.

Quality performances from Aditya Ramdeen 55(65) / 2/18 and Captain Arshad Harrilal 5/27 ensured North a place in the semi-final.

Played on Wednesday 5 February at Fatima grounds, North won the toss and decided to take first strike. Ramdeen, opening the batting, had to start patiently as North lost 3 wickets in the first 15 overs with Tobago’s Jayden Kent picking up two. Ramdeen got a willing partner in Darion Gooding and the pair added 54 for the fourth wicket.

Ramdeen brought up a well-played fifty -which included six fours- with a strong pull over mid-wicket to the delight of the North supporters. He was however dismissed, trying to repeat the shot but was caught on the boundary for 55 with the score on 123-4 in the 22nd over.

Gooding continued batting positively and saw North cross the 150 mark before he was out for 34. The Tobago bowlers did well to wrap up the lower order in the 40th over to restrict North to 208. Jayden Kent was the pick of the bowlers for Tobago grabbing 3-27 in 7 overs.

In reply, the Tobago youngsters got off to a shaky start, losing their first wicket in the first over bowled by Saleem Ali. At the other end Ramdeen, this time with the ball in hand, also picked up an early wicket to leave Tobago in a spot of bother at 32-2 in the 8th over. However, middle-order batsmen Jaden Kent and Keil Ross who was especially aggressive would steady the ship for the Tobagonians putting on 55 for the third wicket.

Ross would eventually be dismissed for 28 but North was not off the hook, as Kyle James who played intelligently, finding the gaps and picking up important ones and twos to leave Tobago in charge at 137-3 after 27 overs, would join Kent.

The momentum of the game then swung in North’s favour when Captain Arshad Harrilal ran out Kent for 33 and then had James caught off his bowling the next ball for 26 from 27 balls, Tobago 137/5.

Tobago would only go on to add just 15 more runs to their total as Harrilal spun North to victory, picking up four more wickets to finish with impressive figures of 5-27, with Ramdeen picking up two wickets to give North a 56-run win.

In the other Group A match East got passed North East to win the group with the final standings after three matches as follows: East 12 pts – North 8 pts – North East 4 pts – Tobago 0 pts

North will face Group B winners Central at the Brian Lara Cricket Academy on February 12 at 9:30 AM in the first of two semi-finals.