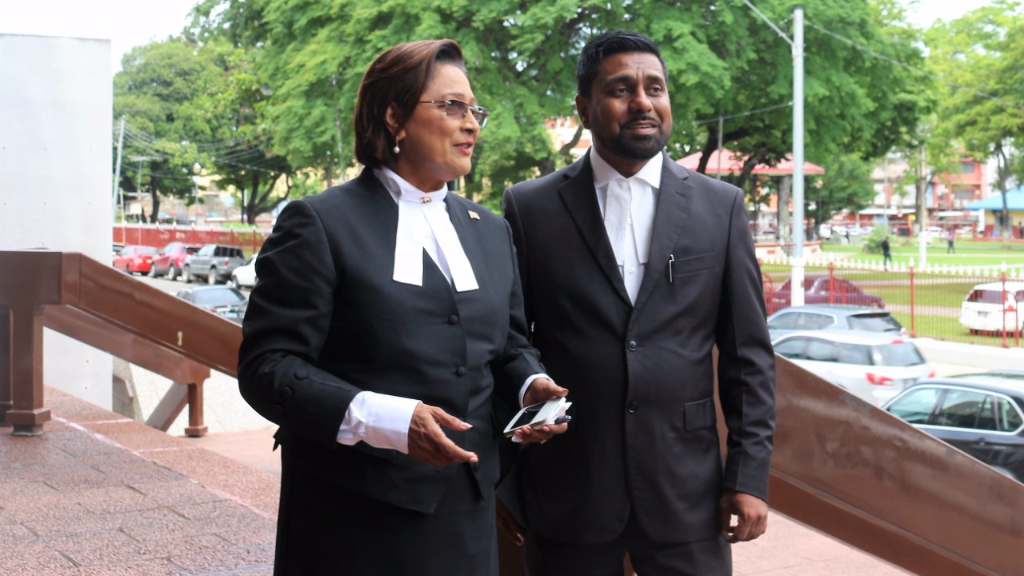 His resignation follows his appearance in court earlier on Monday, in connection with corruption-related charges arising out of a legal fees conspiracy.

Speaking with reporters during the tea break at Parliament, Opposition leader Kamla Persad-Bissessar said Ramdeen tendered his resignation ahead of this afternoon Parliamentary session.

Persad-Bissessar said she has accepted the resignation and a replacement Senator will be named in due course.

Asked whether she would have asked for Ramdeen's resignation had he not tendered it today, she said this was the kind of approach she has always taken in these circumstances.

"The answer is yes. It is in keeping with the manner in which I have always operated in public office when matters like these arise.

So, I think he did the right thing in that I didn’t have to request for it (resignation)."

She said her party's stance has been the same both in Government and in Opposition to "clear your name and come back".

"This is what I said to former ministers and this is nothing new," Persad-Bissessar said.

The Opposition leader expressed faith in the Senator and former attorney general Anand Ramlogan, who is jointly charged with Ramdeen.

She said their competence as lawyers is beyond question as they have won many cases before the courts.

Clarifying statements made last week in which she used the analogy of the betrayal of Jesus Christ to respond to the arrests of both men, she said she was not saying that her members would betray her.

"It was not that I was saying they will betray me… I was just saying that you do not know human nature at the end of the day."

Persad-Bissessar also expressed confidence that justice will take its course, noting that both Ramdeen and Ramlogan have vehemently denied the allegations made against them.

Anand Ramlogan: 'No weapon formed against me shall prosper'