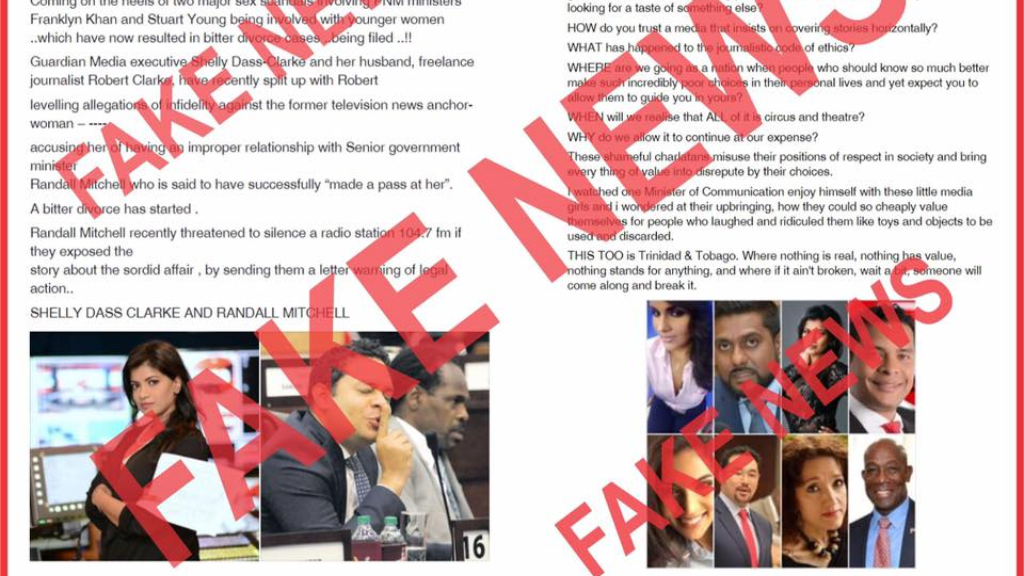 Housing Minister Randall Mitchell is denying having ever met CNC3’s Managing Director Shelly Dass-Clarke after social media was abuzz with claims that the two had an ongoing affair.

The news spread following a report in the Sunshine Newspaper which alleged that a senior government minister “successfully made a pass at her”, which has led to a "bitter divorce" being initiated by her husband.

The post was shared by what appears to be a fake social media account used by 'Curtis Lawrence'.

Lawrence shared the post in a social media group called ‘Eye on TNT’ and identified the Minister to be Mitchell. The post was shared over 500 times.

Meanwhile, Progressive Empowerment Party leader Phillip Edward Alexander shared a post condemning both the Minister and CNC3 Managing Director whom he said have abused their positions.

Earlier this week, the Housing Minister sent a letter to radio station 104.7, threatening legal action if they defamed his character by speaking on a particular subject during one of their programmes.

The Minister did not mention whether the newspaper report and letter to the radio station were linked.