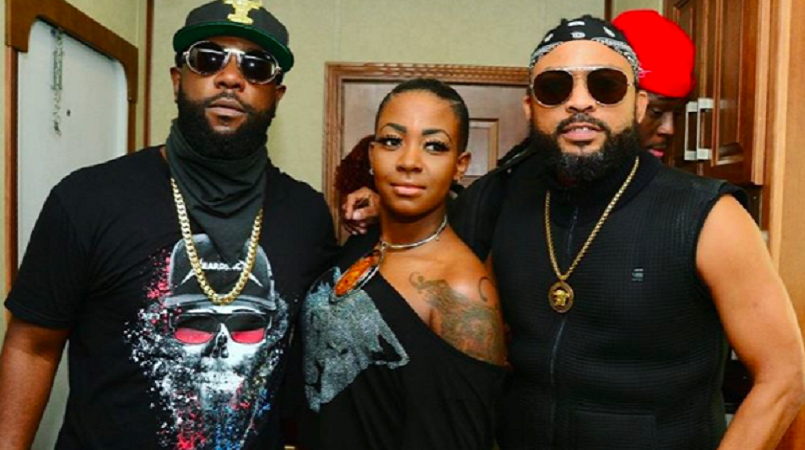 Randy Glasgow, founder and owner of Randy Glasgow Productions, is calling for a national award to be given to soca stars Machel Montano and Bunji Garlin, after they performed together for their first ever original song collaboration this year.

In a statement, Glasgow thanked Garlin and Montano for uniting and letting go of their differences and said they can help heal a divided nation through their example.

He called on President Anthony Carmona to issue a national award for their acts.

“Today, I make a kind National appeal to His Excellency, President Anthony Thomas Aquinas Carmona, O.R.T.T. S.C President of The Republic of Trinidad and Tobago, to pay a national tribute to Machel Montano, Ian Alverez and their respective management teams, for what these guys did for our country.”

“Their appearance together to perform a master piece song will positively unify our nation, faster than billions of dollars could.”

He said that as a result of their example, warring gangs would be encouraged to cease their hostile actions and try to find peace.

“Your excellency, even the Honourable Prime Minister and the Honourable Opposition Leader will sooner than later, work together to solve our country endless problems, because of Machel’s and Bunji’s collaboration.

“Team Machel and Team Bunji, speaking for the cultural fraternity, congratulations,” he said.

The two musicians made history over the weekend after they launched their first original song collaboration, “Buss Head”, and performed at several events on the weekend.

The two previously both had songs on the same 'riddim', as well as working together on a song for an advertising campaign, but have never before collaborated on an original composition together.

Related: VIDEO: Bunji, Machel take the stage together at Soaka