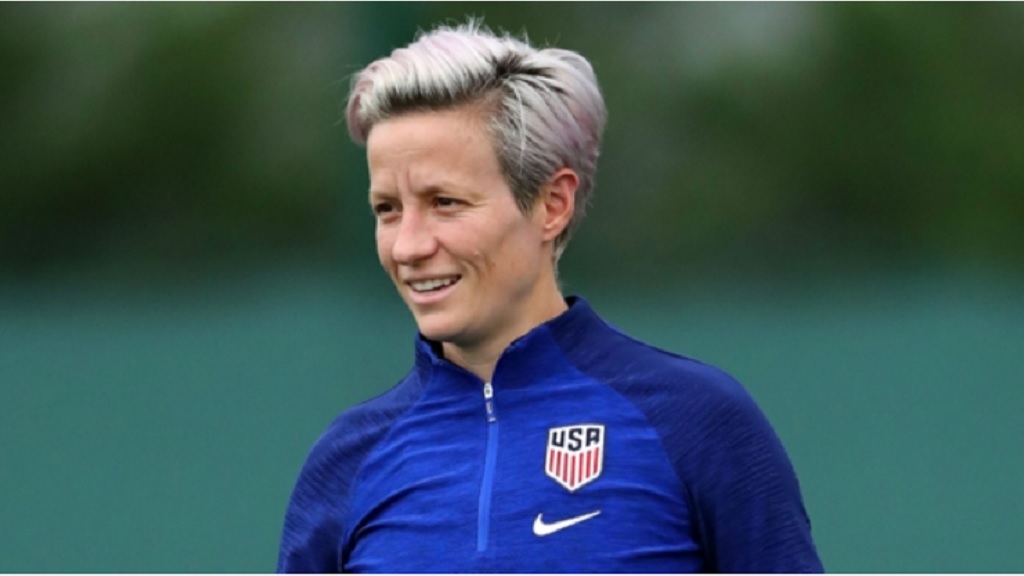 Megan Rapinoe during a training session.

Megan Rapinoe looks set to be fit for the United States' Women's World Cup final against Netherlands, saying on Saturday she expects to be "good to go".

The striker, who has scored five goals in France including successive braces in the knockout wins against Spain and France, was a surprise absentee for the last-four victory over England because of a slight hamstring strain.

Rapinoe said after that game she expected to be ready for USA's third World Cup final in a row at the weekend and, having trained in the days leading up to the clash with the European champions, the 34-year-old believes she will be passed fit.

"As of now, I'm expecting to be ready for tomorrow. I feel good," Rapinoe said at USA's pre-match press conference.

"That's all I can really say right now. We have one more training session.

"I'm pretty open and honest with you. Nothing hidden. I expect to be good to go for tomorrow."

Christen Press took Rapinoe's place against England on Tuesday and headed their opening goal in a 2-1 win.

Coach Jill Ellis confirmed she expects to have everyone available which means midfielder Rose Lavelle, who came off against England with a hamstring problem, should also be fit.

"Having this extra day [of rest] has been huge," Ellis said. "At this point no one has been ruled out so that's encouraging for me as a coach."