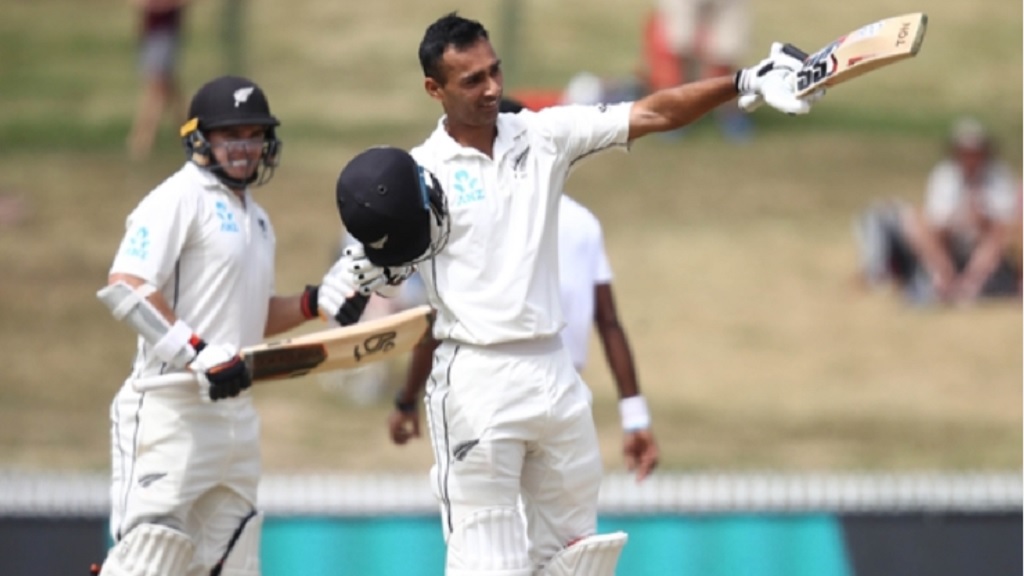 Jeet Raval scored his maiden century as New Zealand dominated Bangladesh on day two of the first Test in Hamilton.

Playing his 17th Test, Raval finally ended his wait for a ton, making 132 at Seddon Park on Friday.

The 30-year-old capitalised on a docile pitch as the Black Caps pushed to 451-4 at stumps, leading by 217 to be well on top in the series opener.

Tom Latham (161), Kane Williamson (93 not out) and Henry Nicholls (53) also made runs against a Bangladesh attack struggling to create chances.

Resuming at 86-0, Raval and Latham were untroubled to start the day, although there were some brief, and minor, signs of variable bounce.

There was no denying Raval, who made a chance-less century – his first since his Test debut in November 2016.

Raval smashed Ebadat Hossain (0-77) for back-to-back boundaries to bring up the milestone.

Dropped when he was yet to score on day one, Latham made the most of his life, although he endured a nervous moment getting to his century.

The left-hander's top edge went for four as a hopeful fielder came around on the boundary, bringing up his ninth Test ton.

Only Ross Taylor (4) missed out of New Zealand's top-order, trapped lbw by Soumya.

Williamson and Nicholls combined for a 100-run stand, broken when the latter left a Mehidy Hasan (1-149) delivery that hit his off stump in the third last over of the day.