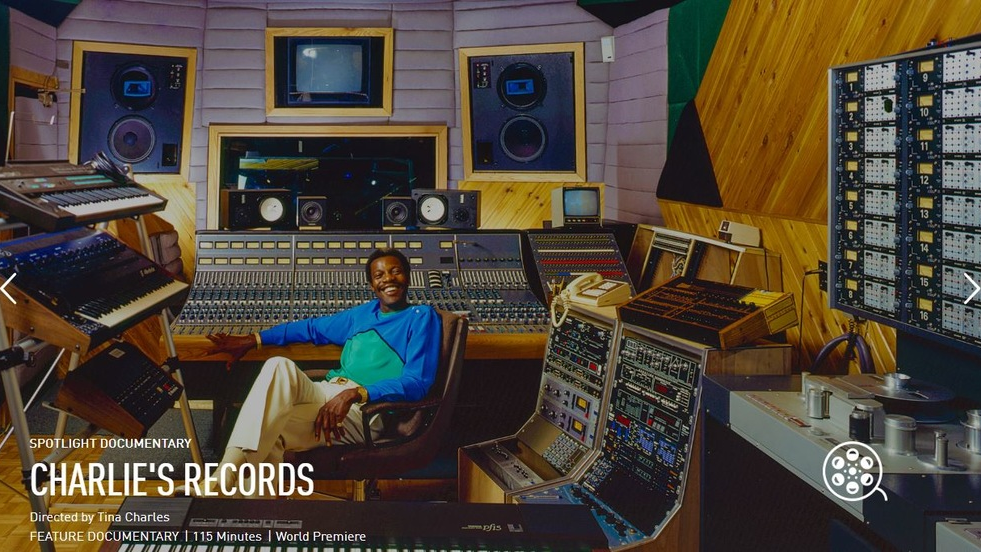 The life of Rawlston Charles is the subject of a documentary by his daughter WNBA star Tina Charles.

The life and times of Rawlston Charles was the subject of a documentary that recently premiered at the Tribeca Film Festival.

The film was produced by his daughter, former WNBA player Tina Charles and features interviews with many famous calypsonians as well as Dr Prime Minister Dr Keith Rowley.

But, who is Rawlston Charles and why is his life such interesting fodder for a documentary?

Charles is the owner of the legendary Charlies Calypso City on Fulton Avenue, Brooklyn, New York and founder of Charlie’s Records, the label under which he produced for some of the greatest names in Calypso among them Superblue, Calypso Rose, Scrunter, Kitchener, Shadow, Sparrow, Ras Shorty and Explainer.   He is also the main sponsor of the band Charlie’s Roots which is named after him and which gave birth to calypsonians such as David Rudder and Chris ‘Tambu’ Herbert.

He was also very instrumental in getting calypso music accepted in New York and his contribution to the Caribbean culture in New York is recognised in a display at the Smithsonian National Museum of African American History and Culture in Washington, DC.

Originally from Delaford, Tobago, Charles moved to Trinidad as a teen and later migrated to the United States.

“I arrived in Brooklyn on the 17th of December 1967 with a Lord Kitchener album in my hand. Why? Maybe I was on a mission I didn’t even know,” he told Loop, revealing that Kitchener was his favourite calypsonian.

At first, Charles worked in the automotive industry.

Growing up as an acolyte in church, Charles loved to sing but wasn’t good at it. His lack of vocal talent didn’t stop him from indulging in music. After three years of working in the car industry, Charles branched off into DJing. His choice of music: calypso.

“In Trinidad and Tobago back then we were more into foreign music because they pulled the plug on Carnival songs on Ash Wednesday, so we were tuning into Country and Western, Percy Sledge, love songs,” he recalled.

But, as a migrant, he wanted to keep his culture alive despite the perception people had of the music.

“Back then some of us came and brought the culture but it was a job bringing the music to the people. People asked what I was doing, they saw calypso like old people thing. People asked why as a young guy you playing calypso. It was hard, extremely hard. In our parties here you didn’t hear calypsos. If you heard calypso it was a sign that the party ended,” he said.

“I had a slogan. I told DJs this music has to be the life of the party, not the end, we got to change this and that was a part of my job, going around to DJs, making sure they played the music. Some people came into the world and was given an assignment to do certain things. I asked myself why you want to do this? Many places you go they insult you and say don’t bring no calypso here.”

Charles said it bothered him when he heard reggae music but not calypso.

“Those Jamaicans were instrumental in what I did. I saw how they fought for their music. I wanted to do that too,” he said.

And fought he did.

Charles said he became a thorn in the side of DJs and radio announcers who he fought with to have calypso music played. He was arrested twice as he doggedly pursued his mission.

The first time he was arrested after he got into an altercation at a party for trying to get the DJs to play calypso. The second time was when he blasted calypso music loudly from his store attracting the attention of a police officer who told him to turn down the volume.

“He said low it down and I did but he came back and said take it off. I almost got arrested a third time when WLIB stopped playing the music and I started a demonstration there whole day Sunday raising hell with a placard. Next day they told me I had to have a permit to demonstrate on the street or I would be arrested. I didn't want to be arrested again. But after fighting they put back the programme on the radio,” he recalled.

Charles also fought for the music at home.

Jamaican band Byron Lee and the Dragonaires was dominating the T&T Carnival scene much to Charles’ annoyance.

“For two years he used to beat up on us with the sound that he had. I couldn’t stand to see this guy coming and dominating the parties with his sound. And the second year I hear it I said I not going back to Trinidad and see the abuse by Byron Lee down there,” he said.

Ellis Chow Lin On, manager of Charile’s Roots, said the Pelham Goddard-led band was struggling and Charles donated US$17,000 for the band to get equipment comparable to Byron Lee’s band.

“They changed the name from Sensational to Charlie’s Roots and they became one of the household names in Trinidad. I also donated TT$10,000  to the Carnival committee every year,” he revealed.

While he was fighting to get calypso played in the parties and on radio, Charles ensured calypso lovers could get their hands on the latest releases through his store which he opened on July 4, 1972. And though he had no experience in the recording industry, he began working as an executive producer and became known as the man with an ear for the hits.

He rejected the Art de Couteau production for Rose’ 'Gimme More Tempo', choosing instead to work with Goddard to create what he was hearing in his head. That song went on to earn Rose the Road March title, the first woman to ever capture it.

When Goddard sent him Blueboy’s ‘Soca Baptist’, he roped in musician Ed Watson to provide the claps and noise. He shopped the song around to tent owners who rejected it but Shadow, who operated his own tent, the Master's Den, took a chance on the then-unknown Blueboy who went on to win the Road March with the song and changed the soca game forever. Charles went on to produce many of the legend’s hits and even toured with him.

Though he is no longer producing, Charles’ studio is still attracting top talent such as soca king Machel Montano who recorded 'We now start to Party' with Superblue for Carnival 2019.