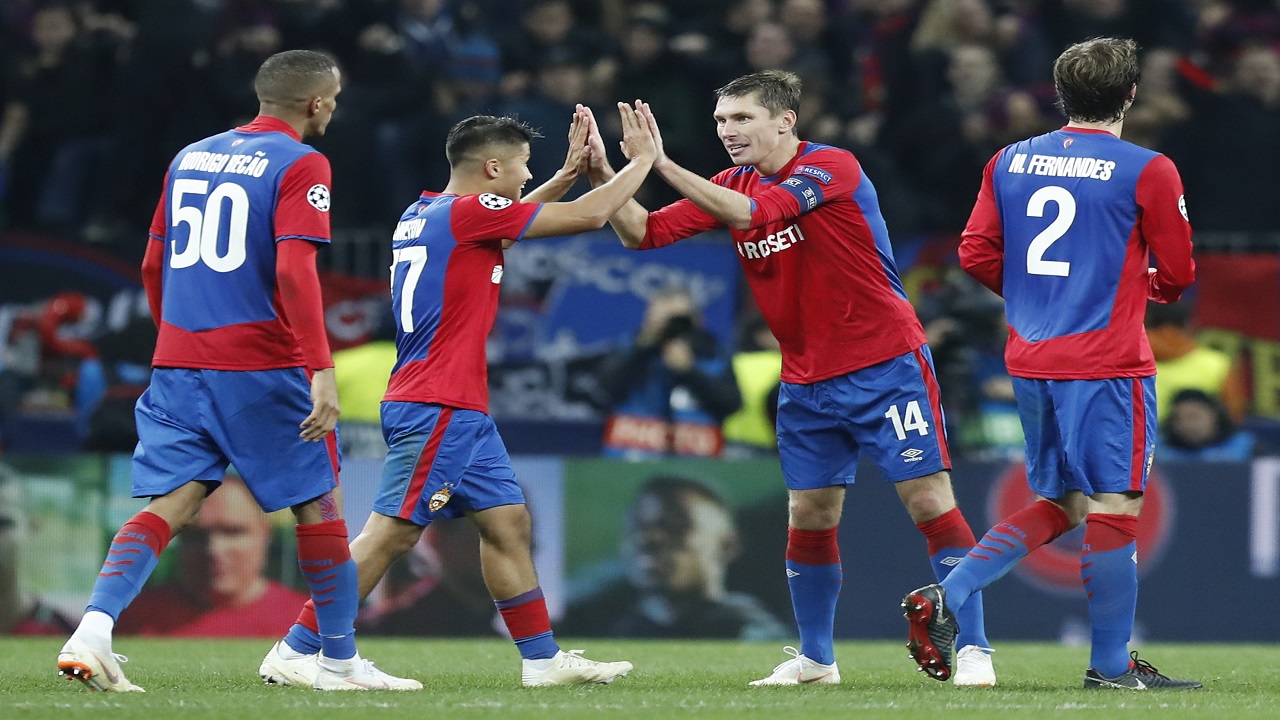 Real Madrid failed to score for the third straight game as it slumped to a 1-0 loss at CSKA Moscow in the Champions League group stage on Tuesday.

Madrid hit the woodwork three times against a Russian team which went — and stayed — ahead through Nikola Vlasic's goal in the second minute on a frustrating night for the reigning European champion.

Madrid lost 3-0 at Sevilla on Wednesday in the Spanish league and drew 0-0 in Saturday's Madrid derby against Atletico.

"Playing at home, the early goal was the ideal situation for CSKA but we couldn't use our chances," Madrid coach Julen Lopetegui said. "We need to keep creating chances, that's all we can do. I'm sure that sooner or later we'll start scoring, with this level of dedication."

Lopetegui added that he would keep faith in Karim Benzema, who hasn't scored in six games.

With Sergio Ramos rested, the reigning European champion's defense seemed disjointed and it conceded early when Vlasic intercepted a pass from Toni Kroos and struck the ball low past Keylor Navas.

Madrid slowly found their way into the game but had to contend with a tightly packed CSKA defense. Casemiro hit the post in the 28th minute with a speculative shot, Benzema headed onto the bar in the 40th, and Mariano Diaz headed onto the post late on.

Even with nearly 70 percent possession and Luka Modric introduced off the bench, Real couldn't break down CSKA and offered the Russian team chances on the counterattack.

The game ended in particularly frustrating style for Madrid as repeated headers from Diaz missed the target. Deep into stoppage time, CSKA goalkeeper Igor Akinfeev was sent off after collecting two quick yellow cards in a dispute with the referee. It came too late for Real.

Akinfeev and right-back Mario Fernandes celebrated their second surprise win over Spanish opposition in three months after being part of the Russia side which beat Spain on penalties at the same stadium during the World Cup.

When Dani Carvajal limped off just before halftime, Madrid seemed set to add to an injury list which already contains Gareth Bale, Marcelo and Isco.

"It's a muscle injury but we need to wait for the results of the analysis," Lopetegui said.

Roma beat Viktoria Plzen 5-0 on an Edin Dzeko hat trick in Tuesday's other game in Group G. That leaves CSKA the surprise group leader with four points, ahead of Madrid and Roma with three each and Plzen on one point.

Real had a tough reception in Moscow, with the home crowd packing the vast Luzhniki stadium on a chilly night.

Since arriving in Moscow on loan from Everton, Vlasic has scored key goals for CSKA, salvaging a 2-2 draw away to Plzen in CSKA's Champions League opener, and rescuing a point in a 1-1 derby draw with rival Spartak Moscow.

"He was fantastic, not just in this game but in the games before too," CSKA coach Viktor Goncharenko said. "He understood he had to be a leader and took that mantle."

Akinfeev, a hero of Russia's win over Spain in the World Cup, stopped Carvajal and Marco Asensio's shots either side of the break. Fyodor Chalov could have put CSKA 2-0 up in the 18th but his shot was weak and saved by Navas.

Lopetegui's team faces Alaves and Levante in the Spanish league, then Plzen in the Champions League, before the Oct. 28 "clasico" at Barcelona.

Ronaldo sent off on Champions League debut for Juve