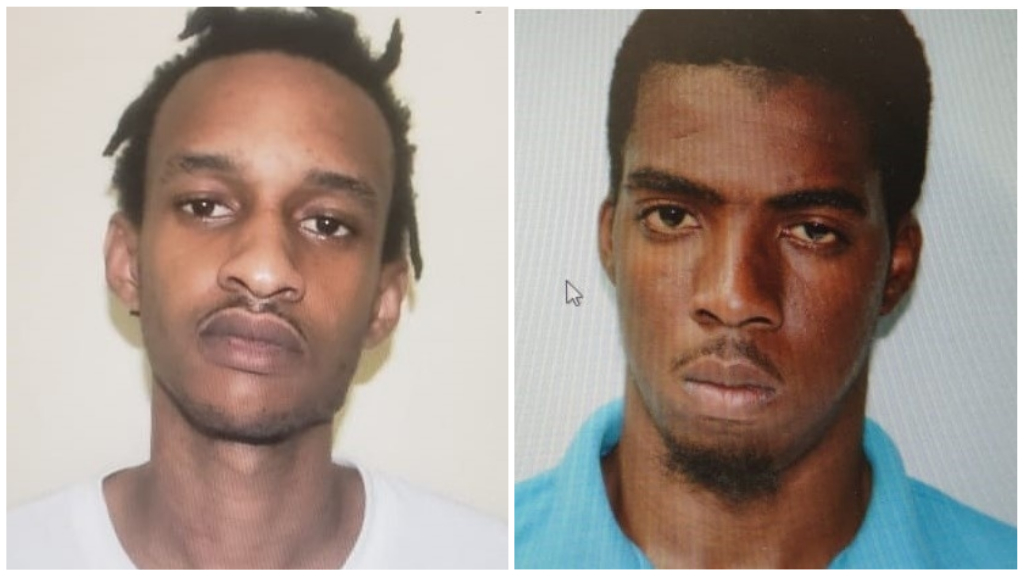 The two prisoners who were held on Saturday in South Oropouche were scheduled to be brought before an Arima Magistrate on Tuesday.

The men, Michael Findley and Olatungi Denbow, were charged Tuesday morning with the offence of escaping lawful custody.

They were discovered in a wooden house along Ralph Narine Trace, in South Oropouche by officers of the Special Operations Response Team (SORT).

A woman who reportedly was in the house at the time the two escaped prisoners were held on Saturday, is said to be aiding with inquiries.

The arrests complete the eight prisoners who made their escape on May 15 from the Remand Yard Prison in Arouca.

Six of the escapees were held in the Las Lomas district within 48 hours, by a team of officers led by ASP Smith and Sgt Figaro.

A superintendent of prisons was appointed to conduct an investigation into the matter, separate from any police investigation, which is expected to be completed within a month.

All eight prisoners are expected to be held at the Maximum Security Prison in Arouca.

Road deaths up by 20%, TTPS urges drivers to be careful