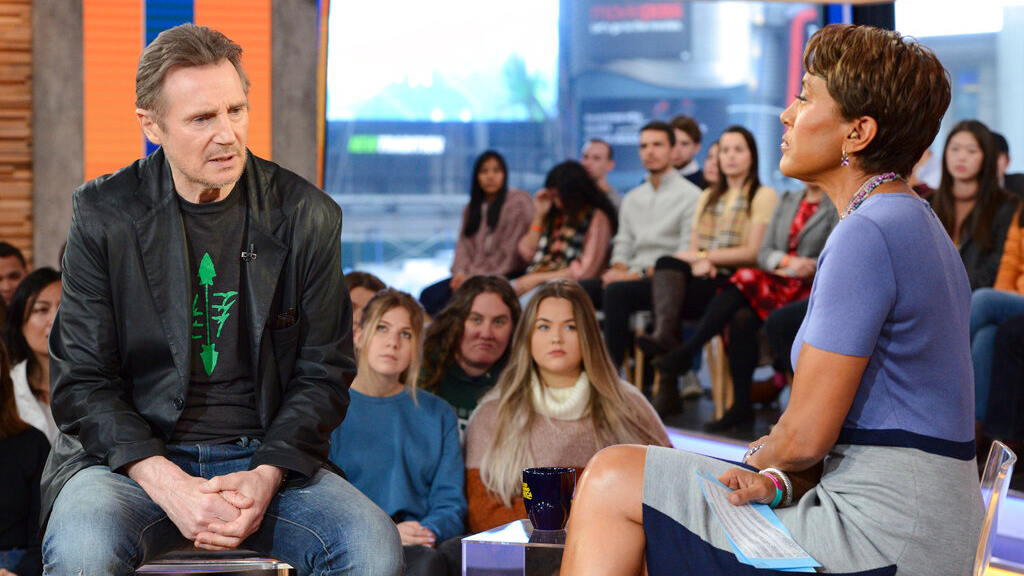 The red carpet for the premiere of Liam Neeson's latest film was cancelled Tuesday, a day after a British newspaper published an interview in which the actor discussed wanting to kill a random black person nearly 40 years ago when a close friend told him she had been raped by a black man.

Organizers of the New York premiere of Cold Pursuit said they were cancelling interviews and photo opportunities for the film hours after Neeson appeared on Good Morning America to explain his past racist thoughts. He told interviewer Robin Roberts he is not a racist and moved past his desire for violence after seeking help from a priest and from friends.

Neeson said in an interview published Monday by The Independent that after learning his friend's attacker was black, he "went up and down areas with a cosh (stick or truncheon)" hoping a black person "would come out of a pub and have a go at me about something, you know? So that I could kill him."

"It took me a week, maybe a week and a half, to go through that," Neeson said.

Neeson told Roberts he had asked about the race of the attacker, along with other descriptive characteristics. He said Tuesday the topic came up because the interviewer asked him about how he tapped into the feelings of revenge that he displays in Cold Pursuit, which tells the story of a father who seeks violent revenge for his son's death.

"We all pretend we're kind of politically correct," Neeson, who grew up in Northern Ireland, told Roberts. "I mean, in this country, it's the same in my own country too, you sometimes just scratch the surface and you discover this racism and bigotry, and it's there."