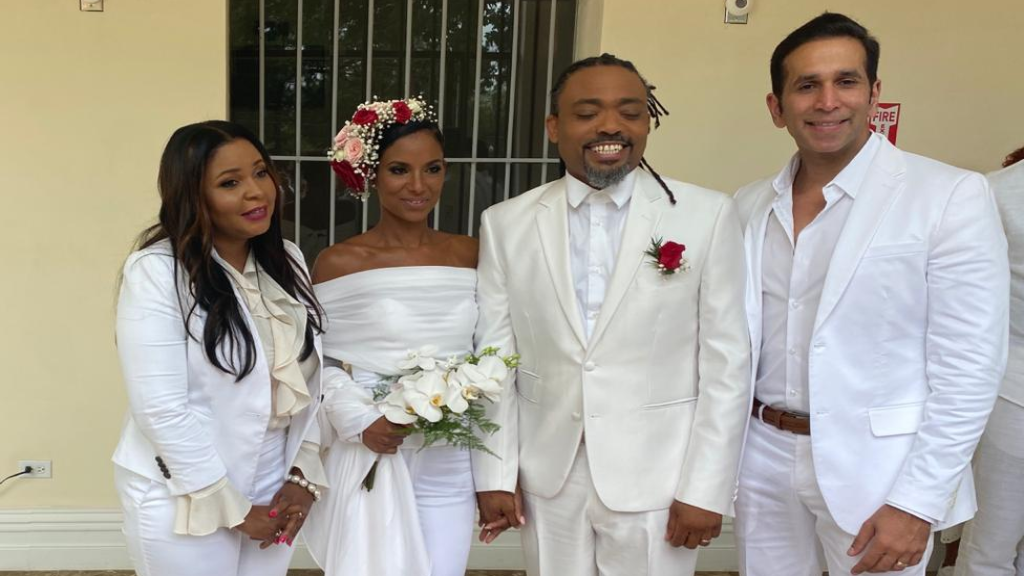 You may be able to have more than eight guests at your wedding if you choose to get married at the Red House.

Attorney General Faris Al-Rawi told reporters on Friday that the rules would be developed over time to facilitate different requests.

Al-Rawi was responding to questions from reporters following the wedding ceremony of soca star Machel Montano.

Montano wed his long-time partner Renee Butcher at the Red House on Friday, becoming the first couple to utilise the venue for their nuptials since its restoration.

It was the first wedding at the Red House in 20 years.

However, some people noticed that Montano's wedding ceremony included much more than the eight guests outlined by the Office of the Parliament.

Last week the Office of the Parliament said in a statement that wedding ceremonies at the Red House would be limited to eight people, excluding the marriage officer.

Al-Rawi, however, said Montano's wedding took place on a terrace and not in a smaller room initially considered.

“If we were doing it in the smaller room we would have had six or seven guests. But we went out on to the terrace which allowed us to have a little more," he said.

He added that the Office of the Parliament is now considering naming the area the "wedding terrace" to facilitate other couples.

Al-Rawi was present at Montano's wedding as a special guest as the two are close friends.

“I have known Machel for many many years," the AG said.

"We went to school together and we’ve come a long way, so I was invited to say a few words this morning.”

Al-Rawi revealed that Montano had reached out to him inquiring whether the venue could be used for his wedding as it had special significance for him.

Montano's parents were also married there.

Al-Rawi said this was how the idea to once again facilitate weddings at the Red House was born. But he noted that the Prime Minister had already been considering it.

The Attorney General said he was proud to see the Red House being used for weddings once more.

“Machel is my boy, he is a true national-spirited man...It couldn’t have been a greater day than to have Machel Montano as the first citizen of Trinidad and Tobago to come in and have this."

Al-Rawi said with the Office of the Parliament officially returned to the Red House, some 125 courts would be opened at the International Waterfront Centre where Parliament was previously housed.