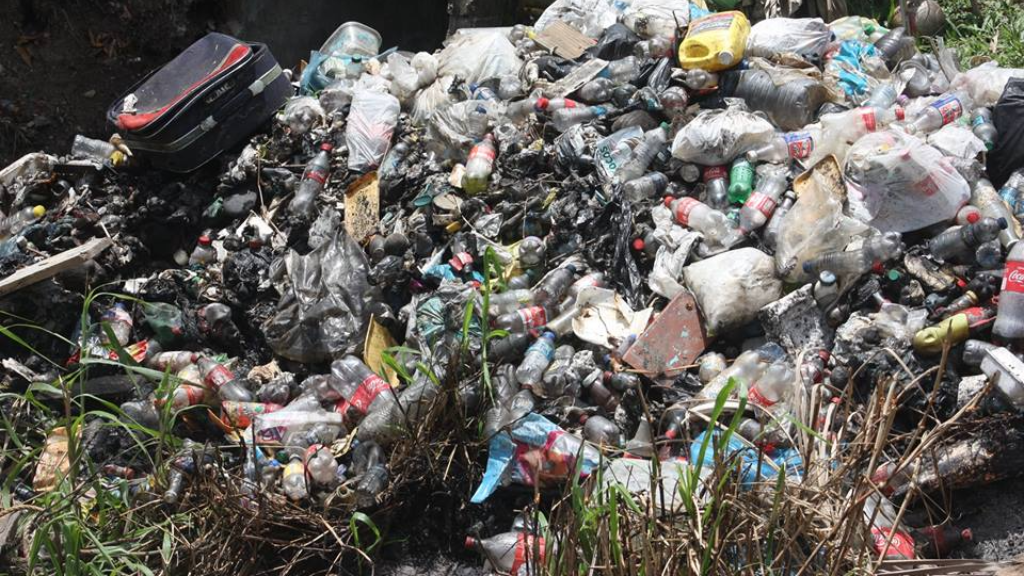 Heaped beneath a sign warning about a $2000 fine or imprisonment for illegal dumping in Orange Valley lie a number of old appliances, scores of plastic bottles, garbage bags and other debris.

This has been the scene leading to the swamp at Orange Valley for an extended period of time since the Couva/Tabaquite/Talparo Regional Corporation (CTTRC) lost its funding to keep on some 14 Environmental/Sanitation Officers on contract to monitor illegal dumping and enforce the Litter Act in the area.

The issue, however, is not a new one as dumping occurs frequently in the area. 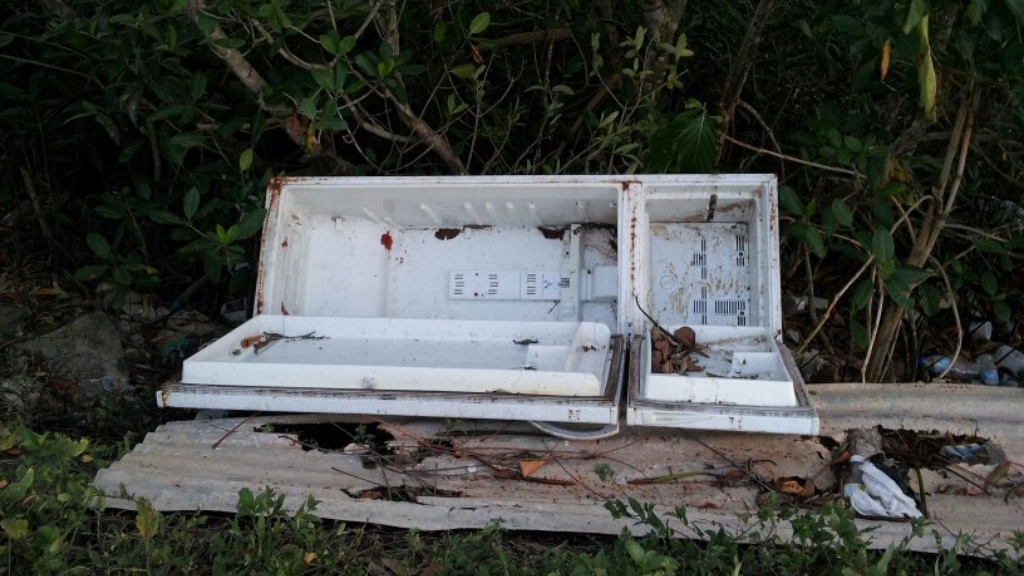 Flashback: A refrigerator lies atop a sheet of rusted galvanise near the entrance to the swamp at Orange Valley in 2013. A massive cleanup was commissioned by the CTTRC at the time, but, illegal dumping continues at the site. Photo via Facebook, Orange Valley Village Council.

While Environmental Police with the Environmental Management Authority (EMA) have responsibility for monitoring and punishment, the Unit remains underresourced and understaffed, giving indiscriminate dumpers ample opportunity to discard unwanted items there.

Couva North MP, Ramona Ramdial, is now calling for the installation of CCTV cameras and 24-hour monitoring to prevent illegal dumping in the area, which leads out to a watercourse. Resources, she said, that should come from the Ministry of Agriculture, Land and Fisheries.

She noted that during her tenure as Junior Minister at the then Ministry of the Environment and Water Resources (MEWR), substantive Minister Ganga Singh intended to equip the Environmental Police Unit (EPU) with the requisite human resource capacity needed to carry out its mandate.

“There was a plan to hire 100 more EMA police officers while I was there at the Ministry (MEWR) … There was a plan there with Minister Singh and myself but when we left office I don’t think they (current administration) continued with that plan.”

“The EMA can’t provide the enforcement we would like to see on the ground,” she said. 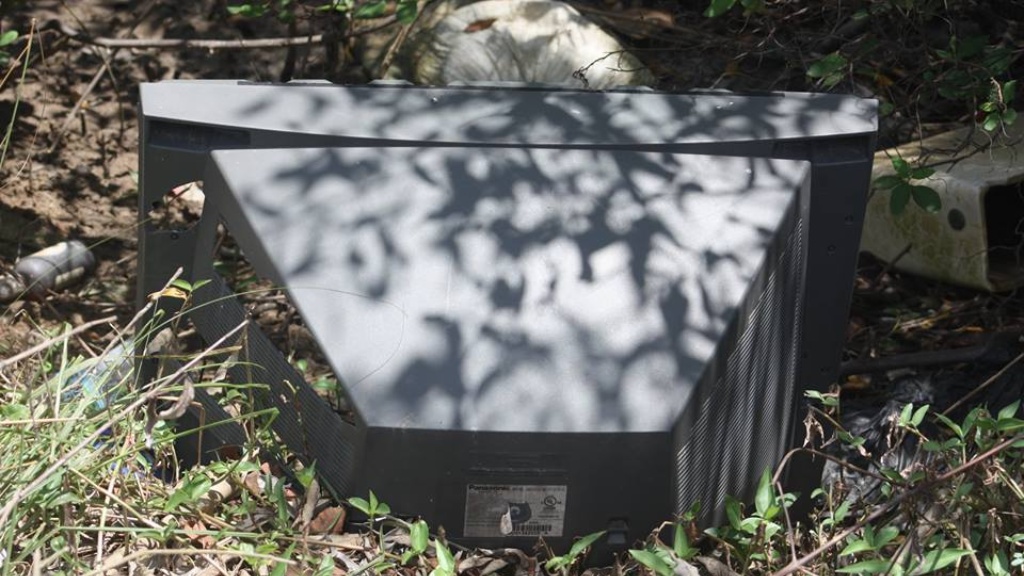 Dumping continues unabated at Orange Valley as the CTTRC and EPU remain underresourced.

Without the enforcement and monitoring provided by these officers, Ramdial said the responsibility rests squarely on the shoulders of residents to report instances of illegal dumping to the EMA or file a complaint with the Regional Corporation.

As an immediate measure to treat with the present situation, the Couva North MP is encouraging residents to contact the Councillor or her Constituency Office to commence cleanup operations where possible.

Regarding a long term solution, she said placing barriers to the entrance would deter litterbugs from using the area as a dumpsite. She noted, however, that some challenges remain in implementing such a measure.

“The long term solution to illegal dumping in the Orange Valley area really is to block off the road, to have a barrier at some point along that road that the fishermen use to go offshore and take their boats out to fish.”

“That has been quite contentious over the years because we have some of the fishermen saying that they don’t want the road to be blocked off because there is a huge fish market there every morning at four o’ clock,” she continued.

With a vendor’s market next door to the early morning fish sales, many are opposed to the erection of barriers as they believe that the influx of potential buyers and the movement of fishermen out to sea would be adversely affected.

With the 14 environmental officers now on standby employment until funding becomes available, she said the intervention of the Ministry of Agriculture is needed to stem the problem.

“The resources have to be given via the Ministry of Agriculture as the Fisheries Division to either put up CCTV cameras to monitor the area or to have that barricade going with 24 hour security so that person mans that road that gives you access to the swamp.”

“It’s a work in progress as we are trying to deal with illegal dumping at this point in time,” Ramdial added.

The EPU also exercise their general Police functions under the Summary Offences Act, Chapter 11:02 and  other legislation such as the Motor Vehicles and Road Traffic Act, Chapter 48:50 (black smoke emission) and the Litter Act, Chapter 30:52 (illegal dumping), among others.

While plans were on the books to boost the complement of environmental officers by 100 in 2012, there has been no new recruitment since 2012 when 12 officers were brought on.

Citizens are reminded that bulk waste removal services are available through the Regional Corporations. Contact numbers are listed below. 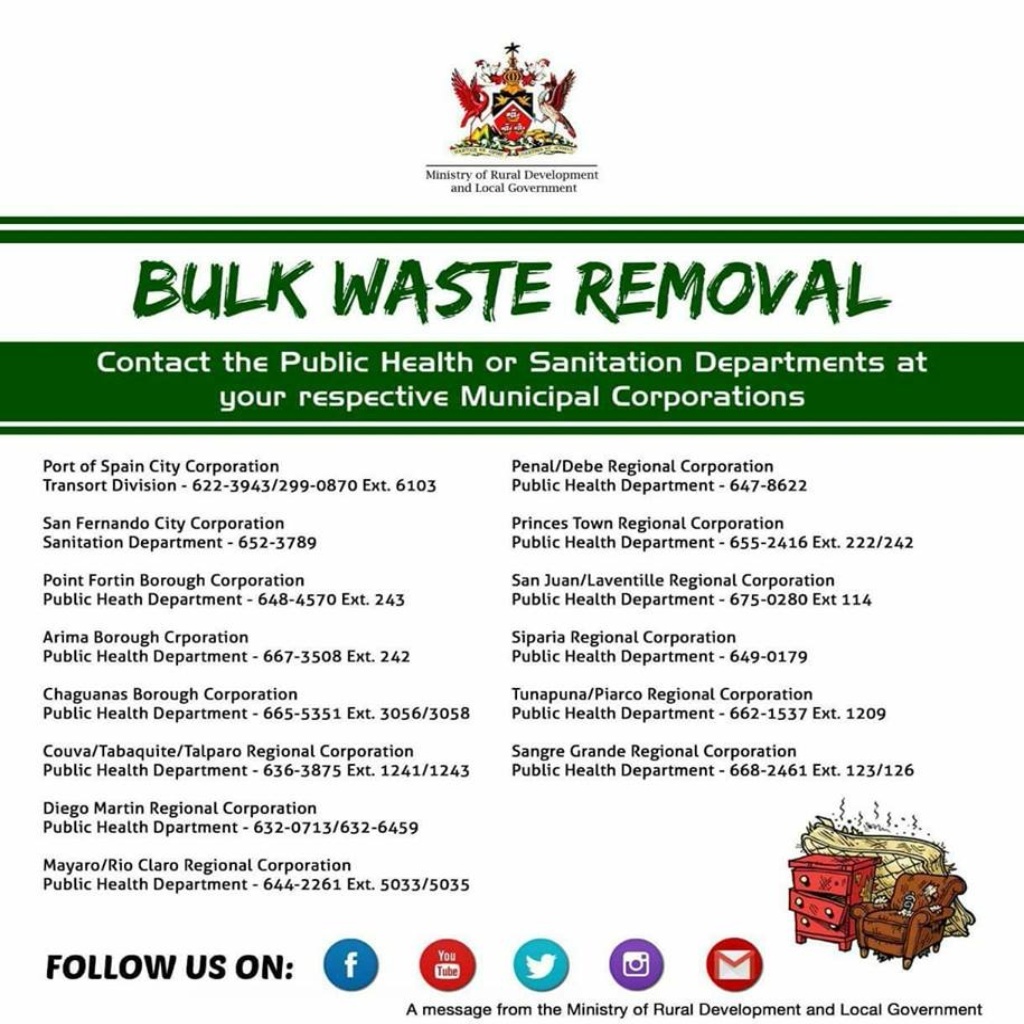