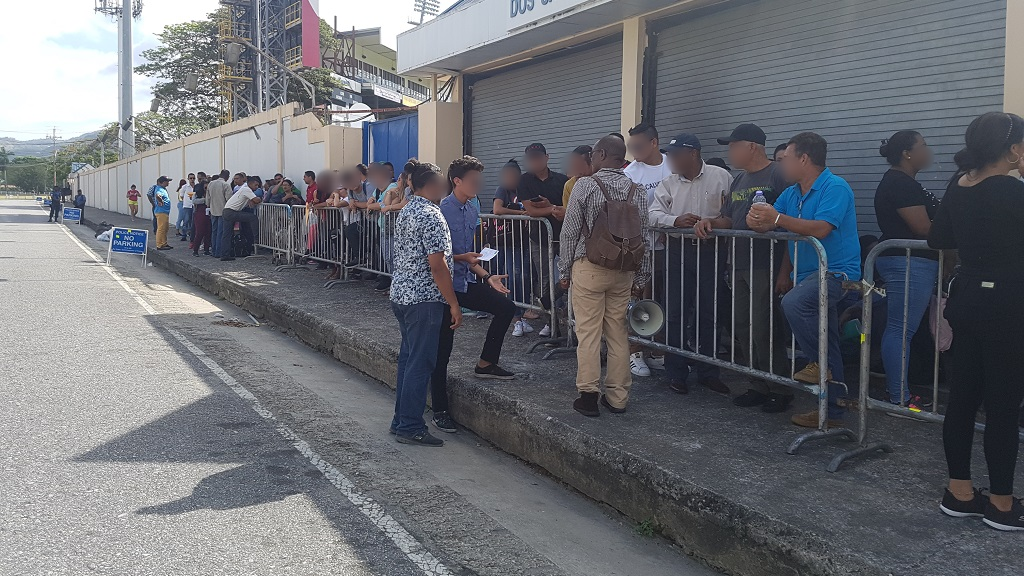 Those Venezuelans who were in line to be registered in Port-of-Spain and San Fernando past the deadline time of 5 pm were processed overnight while those in Tobago are being processed today.

A release from the Ministry of National Security said the Venezuelan Migrant Registration Process was completed in both in both cities this morning around 1:45 am.

The release said that according to information provided by officials at the San Fernando Registration Centre, all the people who were in the line as at 5 pm on Friday were taken into the Centre and processed.

The release said that with respect to Tobago, sometime before the 5 pm cut off yesterday, Venezuelans who were waiting to register were escorted to the nearby “Port Mall” Facility as a humane gesture.

The Ministry said upon learning the true facts surrounding this movement of Venezuelans, the Minister of National Security Stuart Young instructed that those who were moved from the Tobago Registration Centre be registered.

The Ministry said those who were moved to the Port Mall and not yet registered are in the process of being registered today based on the Minister’s instructions.

From Monday: visas required for Venezuelans to enter T&T