Rekha Ramjit resigns as Political Leader of the ILP 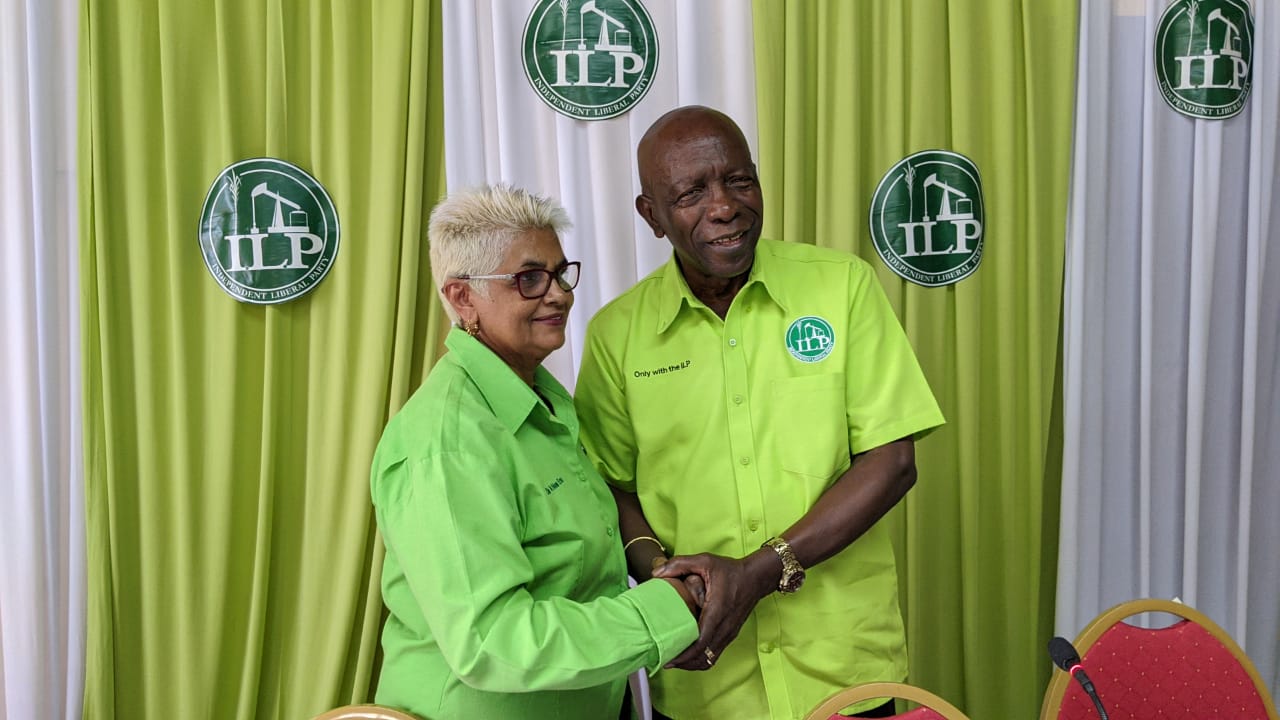 Jack Warner with Rekha Ramjit. Ramjit today resigned from her position as Political Leader of the ILP

Rekha Ramjit has resigned from her position as Political Leader of the Independent Liberal Party.

Ramjit said in a press release to the media that her resignation is with immediate effect.

"I have been proud to serve in this capacity since 2015 and amid the challenges we faced in a nation with a dominant two-party system, I am convinced that we have made our mark and have etched our party’s name in the annals of our national history," she said.

"Regardless how one chooses to measure success, one cannot deny the rich history that belongs to our party. The first in post-colonial history to challenge a Government in its home base and win a bye-election and the first third party to vie for power on its own and win seats in three Regional Corporations. No other party has captured the imagination of the people in recent times like the ILP has and this I will always remember. "

Ramjit described ILP founder Jack Warner as a a great leader, an excellent motivator and one whose contribution to national development would have been defining if he were gifted with the opportunity to serve.

"I will miss our conversations, your erudition and the dreams we shared about making this country a place of which we can all be proud," she said.

Warner failed in his bid to secure the Lopinot/Bon Air West seat. He was the lone candidate from his party to run in the election.

Ramjit said she will remain a member of the party and the ILP executive will meet in short course to select a new leader.

She said:  I believe that in the fulness of time the ILP will mature a nd become a force to reckon with across the nation.
I will always be a member of this great party and may God continue to imbue the new leader of the party with wisdom to be a part of the movement to change this nation for the good of all."