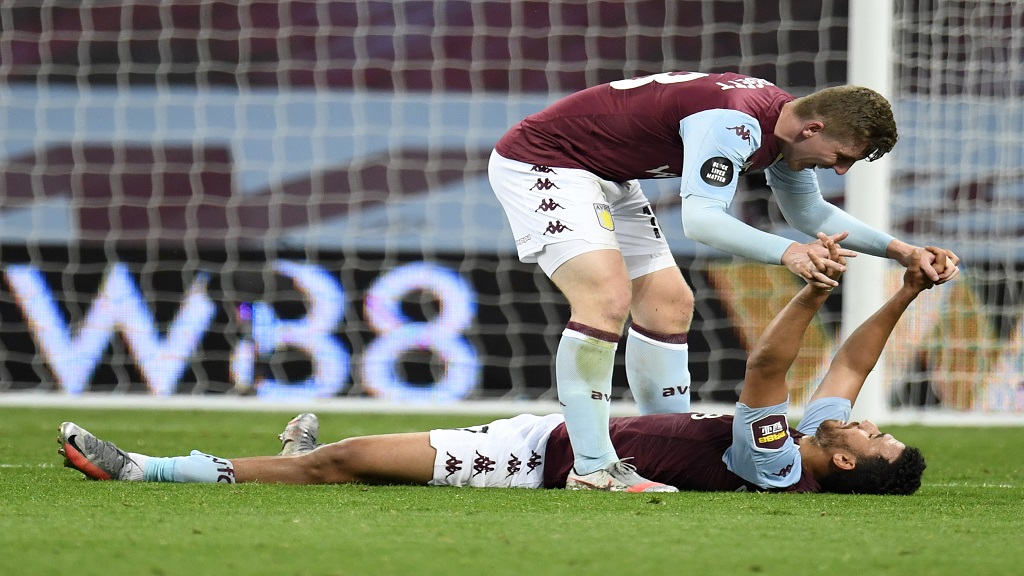 Aston Villa are out of the English Premier League’s relegation zone for the first time in five months.

Watford are back in it, despite their latest change of manager.

The fight to avoid dropping out of the world’s richest domestic league is heading to the final day of the season, with two relegation places still to be filled and three clubs in realistic danger.

Villa might be the most confident of the trio after beating Arsenal 1-0 on Tuesday to climb out of the bottom three, where the team from central England has been since February 29.

That wouldn’t have been the case had Watford not been thrashed 4-0 at home by Manchester City, their goal-difference advantage taking a massive hit in the process.

Villa are tied for points with Watford but have a superior goal difference of +1. They are both three points ahead of next-to-last Bournemouth, which have the same goal difference as Watford.

Crucially, Watford have the toughest game in Sunday’s finale — on paper, at least — as they must travel to Arsenal.

Villa are away to West Ham, which are not mathematically safe but would need to lose by a margin of seven goals or more and for Watford to win by eight or more at Arsenal.

Bournemouth are away, too, at Everton and must win while also hoping both Watford and Villa lose.

Last-place Norwich have already been relegated.

Villa had to rely on a huge dose of fortune to preserve their most significant win of the season.

With 13 minutes remaining and Villa leading through Trezeguet’s powerfully struck goal in the first half, Arsenal striker Eddie Nketiah rose to meet a curling corner and headed the ball against the far post. The ball rebounded out, struck Villa goalkeeper Pepe Reina, and almost bounced back over the line before Reina pounced on it.

Ultimately, Trezeguet was Villa’s matchwinner, like he was on July 12 in scoring twice in a home victory over Crystal Palace. Villa’s last win before that came in January.

The highest Arsenal can now finish is eighth place, meaning they will need to beat Chelsea in the FA Cup final on August 1 to play in European competition next season.

If Watford are relegated, at least they won’t have to play Manchester City next season.

Make that 18-0 to City in the last three meetings between the teams, after a 6-0 win in the FA Cup last season and an 8-0 win for City at their Etihad Stadium home in September.

Raheem Sterling moved onto 19 league goals for the season — his most in a single campaign — with a first-half double, the second coming off a rebound after having a penalty saved.

Phil Foden and Aymeric Laporte were the other scorers.

Kevin De Bruyne provided the cross for Laporte’s goal for his 19th assist of the season, one off Thierry Henry’s record for one season.

As for Watford, there was no reaction to the surprising weekend firing of Nigel Pearson, who became the third manager to lose his job at Vicarage Road this season — a divisional record.