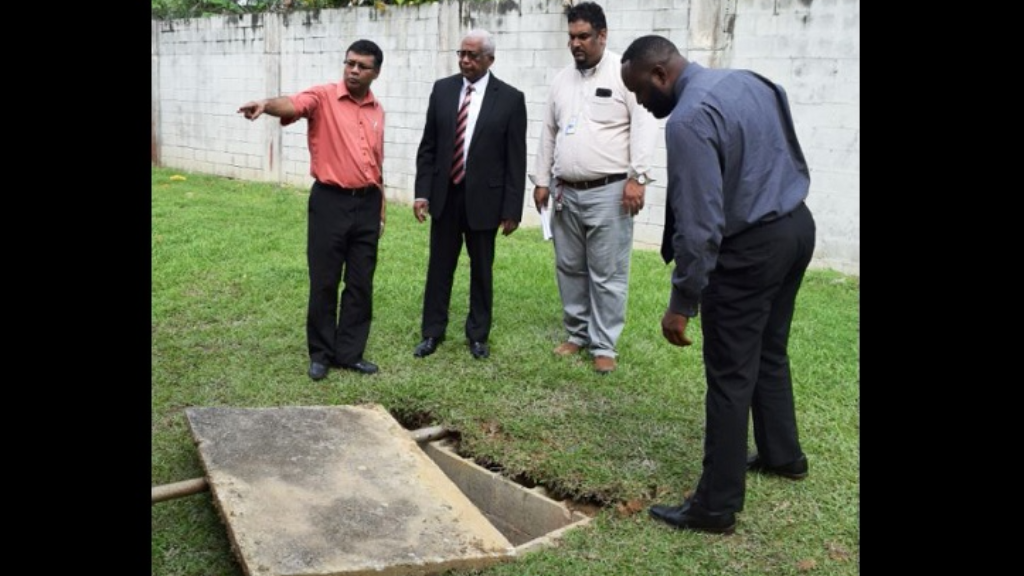 Repairs to address electrical issues at the Arima Central Secondary School have commenced and are expected to be completed over the next few days in order to facilitate the full resumption of classes on Monday, January 22.

Classes at the school have been affected because of the teachers voicing their concerns over health and safety issues.

A statement from the Ministry of Education noted that a contractor has identified the problem as being a damaged underground electrical cable.

Power has reportedly been restored to the compound and the Ministry said plans are underway to replace three electrical breakers at the school before the Electrical Inspectorate Officers are invited to visit the plant and inspect the works done.

According to the release, the Principal of the Arima Central Secondary school identified other issues such as a leaking air conditioning unit, replacing missing tiles and other minor repairs to be completed.

During the meeting, Minister Garcia asked representatives of the EFCL to ensure that all issues raised by the principal are addressed so that teachers, auxiliary staff and students will be able to benefit from a quality education in an environment that is conducive to learning.

The meeting also examined the completion of a new auditorium, library and Science and Classroom Blocks, all of which are approximately 80% completed.

Minister Garcia said this is a priority item and efforts are being made to secure the necessary funding to complete the project. He plans to meet with members of the School’s Parents/Teachers Body next week to discuss this matter.

Following their meeting, the senior Ministry of Education team toured the compound to get a first-hand look at the ongoing electrical works.