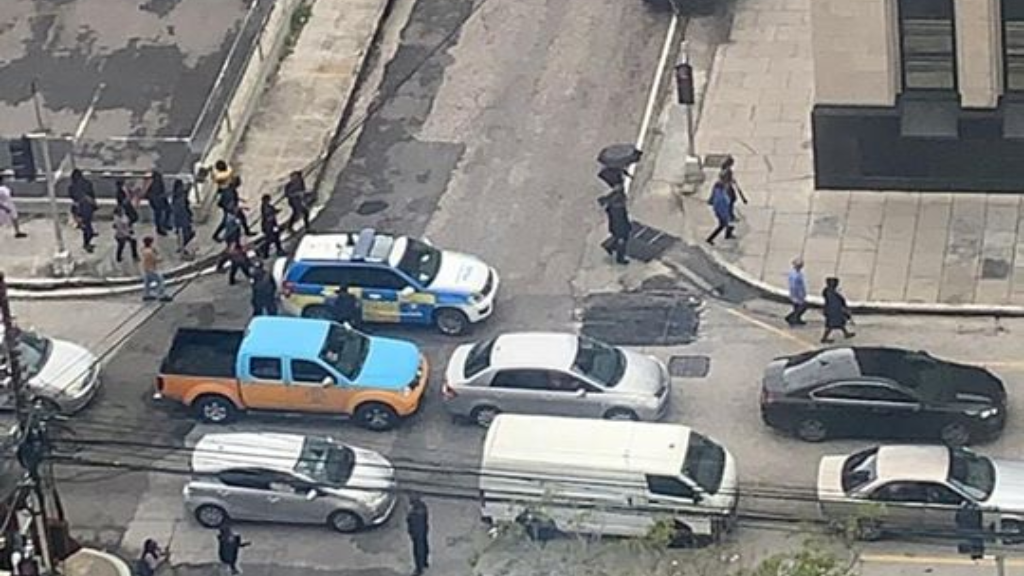 Photo via Facebook, Look the Bandit Trinidad and Tobago.

Citizens are being advised to stay clear of the surrounding areas of the Parkade along Richmond Street, downtown Port-of-Spain following an explosion on Tuesday morning.

In the latest available update, the Police Service confirmed that an electronic device was found on the western side of the building following a sweep of the facility.

Personnel from the Explosive Detection and Disposal Unit (EDDU) attached to Special Branch are still on the scene with crime scene investigators.

There have been no reported injuries nor damage to property or vehicles.

While police are on hand to manage the flow of traffic, motorists are advised that the area between Independence Square North and Queen Street between Edward and Richmond Streets remains cordoned off.

Meanwhile, Police Commissioner Gary Griffith has taken note of the three-hour lag between the time the explosion was heard, and the time the Parkade employees informed the emergency personnel.

Griffith said in such events, citizens should always err on the side of caution and immediately inform the Emergency Services at 999 or 911 or via the TTPS App.

Police officers and fire officials have responded to a report of an explosion at the Parkade along Richmond Street in downtown Port-of-Spain.

The explosion was reported on the 12th floor of the facility around 11.30 am.

The Bomb Disposal Unit has been called in to investigate. So far, no device has been found.

Surrounding buildings have been evacuated as a precautionary measure.

Traffic is currently being diverted off Richmond Street via London Street as the area has been cordoned off by police.

Motorists are asked to utilise alternate routes where possible.

We’ll have more on this story as details become available.