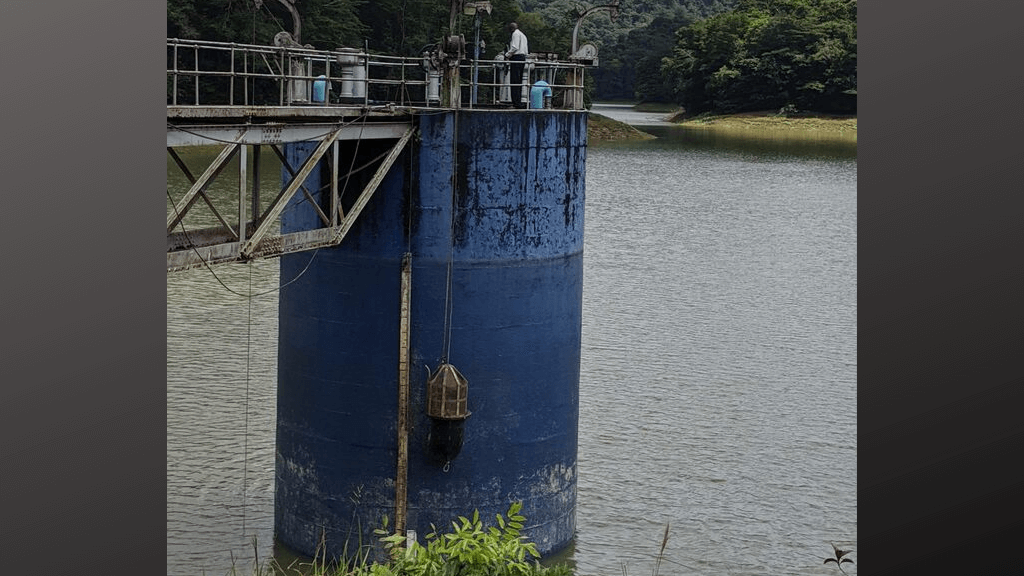 Despite recent periods of heavy rainfall across the country, the Hollis Reservoir continues to be plagued by persistent low water levels.

On a tour of the reservoir in Valencia on Wednesday, Alan Poon King, Acting CEO of the Water and Sewerage Authority (WASA) expressed concern over the uncomfortably low level of water in the reservoir with just a few months to go until the dry season.

WASA is hoping for the intensity of showers experienced over the past week to make up the shortfall.

Poon King told reporters that the water level, unusual for this time of year, is only at 22.20 percent as of September 17, less than half of its usual capacity - 71.33 percent.

The reservoir, which has a capacity of one billion gallons of water currently stands at just around 300 million gallons – a shortfall of 700 million gallons. Poon King lamented that the water level was 13 feet higher at this time of year just a year ago, indicated by a prominent water line along the tower at the reservoir.

He noted that climate change has been a factor in these changes in rainfall patterns observed over the years.

“We’ve seen changes in the weather patterns in the short term… it is important to take note because we’ll have to change our approach and seek alternatives if the reservoirs remain low.”

The Acting CEO appealed to citizens to engage in water conservation habits in their daily routines, such as taking shorter showers, and not using a hose to clean the yard and wash the vehicle. 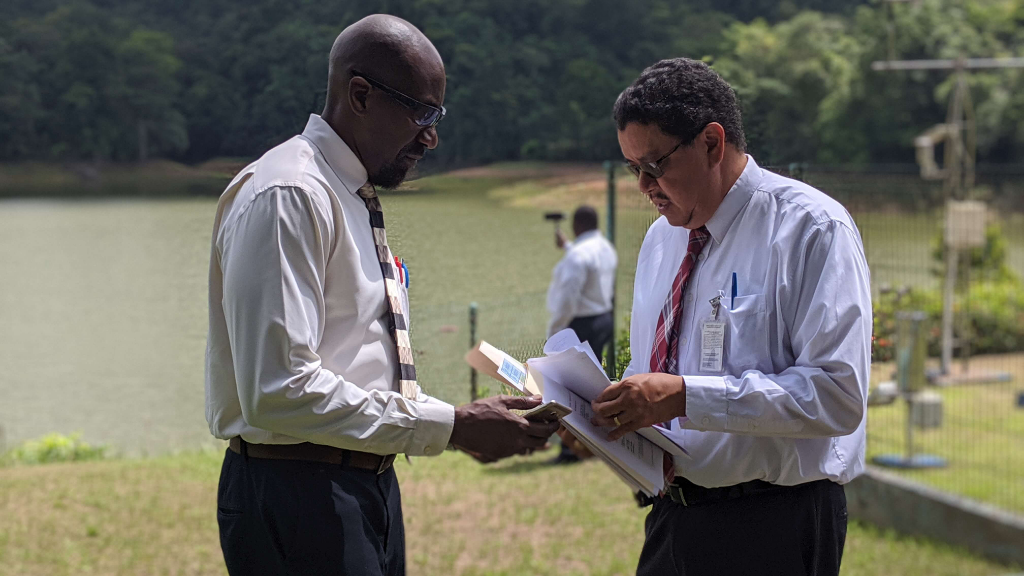 Giving an update on the other three main reservoirs serving Trinidad and Tobago, Poon King noted that the Caroni Arena Reservoir is at 44.79 percent compared to its long-term average of 72.31 percent; the Navet Reservoir at 32.84 percent as opposed to an LTA of 73.12 percent and Hillsborough at 48.27 percent when compared to its LTA of 76.53 percent.

He reiterated his call for customers in arrears to clear their debt to WASA and avoid disconnection, as the Authority continues with its Stay Connected Campaign. Customers are given a grace period of two billing cycles (six months) before WASA considers going the route of disconnection.

Poon king stressed, however, that WASA's intention is to ensure customers pay their bills so they can guarantee service.

Time to pay up: Disconnections to continue as WASA owed $.5B

After 7 months, it's back to the beach for some Venezuelans