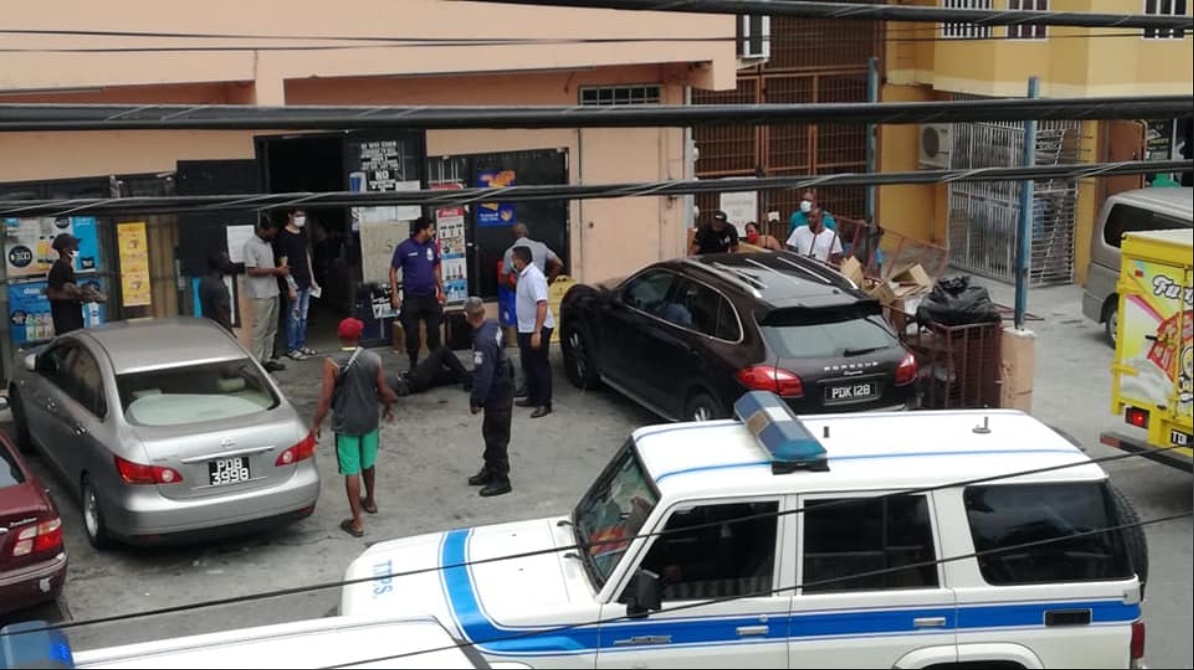 The scene of a shooting in Sangre Grande which left a police officer injured and a retired officer in police custody.

A retired police officer in in custody after he allegedly shot a Special Reserve Police Officer yesterday afternoon in Sangre Grande.

According to police reports, at about 3:20pm the constable, who is attached to the Emergency Response Patrol Unit, was at the One Plus Supermarket located along Foster Road when he observed an altercation between two people at the car park of the establishment.

The constable attempted to intervene and quell the argument, which was becoming physical. However, the 61-year-old retired cop drew his firearm and shot at the constable several times. He was hit in both legs.

Despite his injuries, the officer managed to secure the firearm from the retired officer, who was detained with help from onlookers.

The constable called for assistance and a team of officers from the Eastern Division, led by ASP Revanales, responded.

He was taken to the Sangre Grande Hospital for medical attention.

One Glock pistol with eight rounds of 9mm ammunition was retrieved.