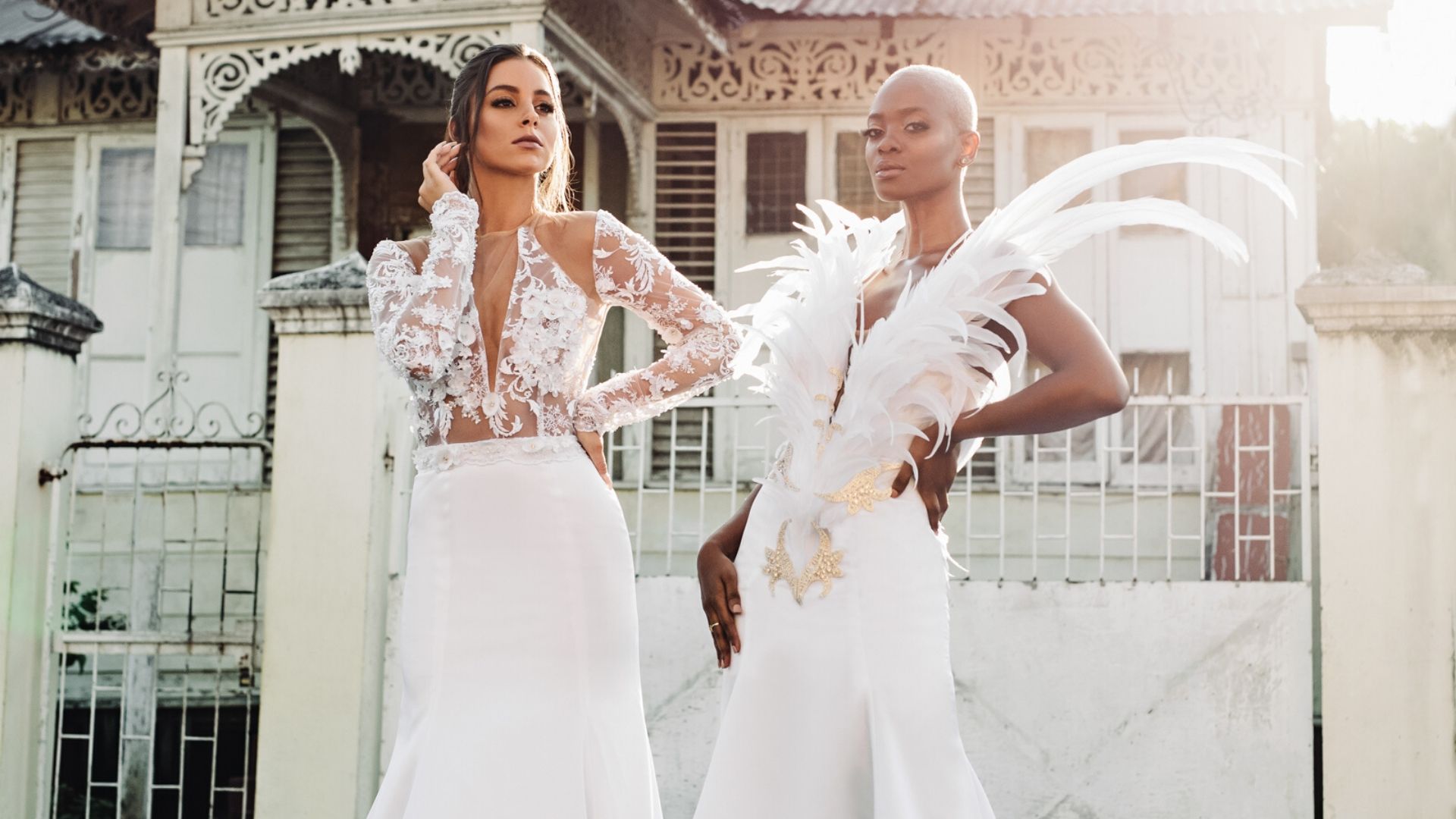 The designer first broke out on to the scene in 2012 with his resort wear collection She Wolf. He would spend the next seven years firmly cementing himself in the fashion landscape of Trinidad and Tobago and the rest of the Caribbean – developing a reputation, especially, for the celebration of bold, seductive, fiery women with his designs.

Romany’s creations have even caught the eye and adorned the bodies of America’s Next Top Model Bianca Golden and model/actress/singer Nazanin Mandi (who also just happens to be married to R&B crooner Miguel).

It should have been expected, therefore, that he would step resolutely into a design realm occupied by few Trinbagonian designers, launching his first bridal wear collection in December 2019.

A release from the designer’s camp detailed the origins of Romany’s foray into the bridal space.


“His clientele began to expand exponentially as more people became enamoured with his exquisite fabric choices and styles that impeccably accentuate the modern Caribbean woman’s lifestyle. These designs caught the eye of one particular bride-to-be who entrusted Rhion with the task of creating her reception dress. Though a bit intimidated, Rhion, never one to back down from a challenge, poured his heart and soul into creating a dress that made the bride feel even more ravishing than her ceremony dress.”

After this, Romany says he saw a gap in the market for the non-traditional bride who is contemporary and spirited while still sophisticated. He has coined the term “risqué refinement” to describe his perspective on the bridal category.

“Wearing a Rhion Romany Bridal piece on your big day is more than wearing a beautiful dress. It’s about claiming your power as a woman and daring to enter this new phase of life as your fiercest, most alluring self.”

Since his debut, Romany has built his brand on something more, something that exists somewhere between the silk, skin and flesh and the soul of a woman.

His bridal collection is no different.

Five distinct looks yet with all one thread connecting them – a bold, show-stopping elegance that draws the eye, not to the body, but to the character of the woman wearing it.

Two designs feature beautiful feather work, beading and appliques along plunging necklines, an ode, no doubt, to Romany’s work in the Carnival industry - he has designed for numerous Carnival bands across the region, notably TRIBE and ROGUE in T&T and Xaymaca in Jamaica.

These five designs represent the foundation of Romany’s budding career in the bridal market, but, much like with his Monday Wear, resort wear, swimwear and costumes, the spectator is left wondering – how far can this go? What else will this become?

That, of course, remains to be seen. But what we know for now is that this new chapter in his career positions Romany as one of the region’s most versatile and exciting designers.

People wishing to schedule a consultation with Rhion Romany can do so via his website.

Loop gets styled for Moët on The Rocks V