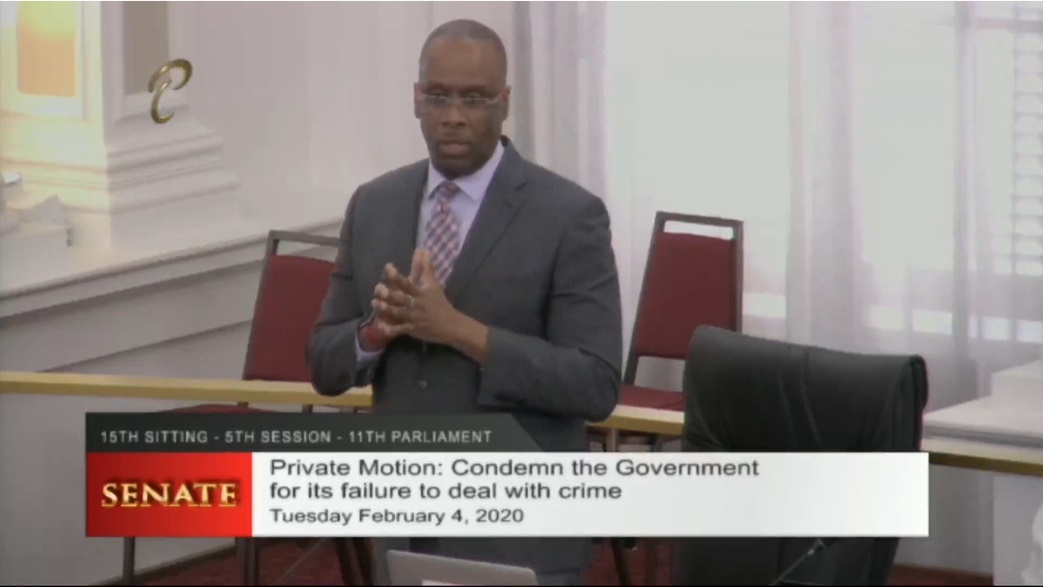 Independent Senator Paul Richards called on the authorities to “reopen any particular case of sexual harassment and have a thorough investigation where those cases were alleged to occur in state entities.”

Richards was speaking in the Senate as part of the opposition’s private motion to “Condemn the Government for its failure to deal with crime.”

He was initially very specific about which case he wanted reopened, saying the country, and women in particular could not have been happy with the outcome, and that a golden opportunity was missed; however he was cautioned by the Senate President not to name names.

Richards said there is problem with the way women are treated in Trinidad and Tobago, calling sexual harassment a form of gender-based violence.

“We have not as a country dealt with the issue of sexual harassment effectively,” he said. Although he commended the Minister of Labour for the Sexual Harassment policy implemented last year.

He agreed there are local songs with sexual undertones, and there are cultural and institutional undertones with the way women are treated, but it must change.