Rihanna has no problem talking US politics, Super Bowl with Vogue 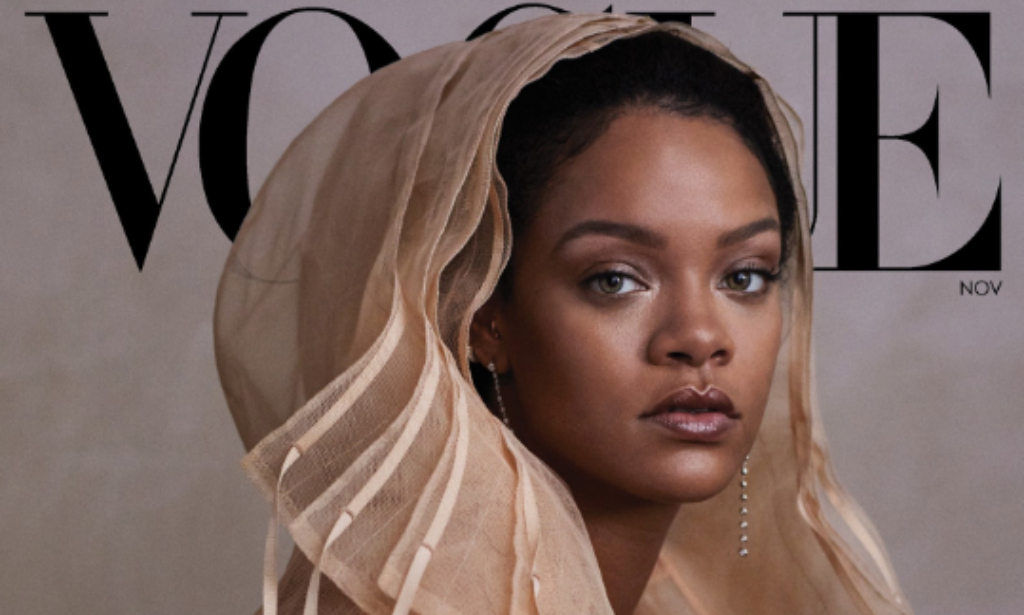 Robyn Rihanna Fenty cares about immigrants like herself and fellow humans on the whole.

Abby Aguirre, an op-ed editor with the Los Angeles Times and a regular contributor to Vogue.com, sat with Barbados' own Rihanna at the Hotel Bel-Air recently and the article dropped today, October 9, 2019.

On the topic of US President Donald Trump, politics, terrorism and immigrants, Rihanna who has been silent as it relates to her music, had much to say.

Aguirre winged her questions during the interview and when she broached politics, Rihanna had time.

Recalling that when a journalist tweeted that Rihanna’s “Don’t Stop the Music” was blaring at a Trump rally last year, she pointed this out to the Grammy-award winning singer who replied, “Not for much longer. . . .” Continuing, Aguirre wrote of that time when, under a post encouraging her followers to vote in the midterms, someone asked, “Are you even a US citizen? Honest curiosity.” Rihanna: “Nah I’m an immigrant tryna get yo country together. Did u vote?”

On the topic of politics, Rihanna asked Aguirre, “How deep you wanna get?” To which she ventured forward with a, “However deep you’re willing to go.”  Once RiRi gave her the go-ahead, she asked if there's any truth to the rumour that she turned down the Super Bowl Half-time Show in solidarity with Colin Kaepernick.

“Absolutely,” she says. “I couldn’t dare do that. For what? Who gains from that? Not my people. I just couldn’t be a sellout. I couldn’t be an enabler. There’s things within that organization that I do not agree with at all, and I was not about to go and be of service to them in any way.”

Aguirre again refers to Rihanna's Instagram page @badgalriri and asks about her replies to the Leader of the Free World.

After the mass shootings in El Paso and Dayton, Trump called the El Paso shooting “an act of cowardice” and said both were the result of a “mental illness problem.” Rihanna responded, “Um . . . Donald, you spelled terrorism wrong!”

The journalist, therefore, asked Rihanna how she felt on the day after the back-to-back shootings.

“It is devastating...People are being murdered by war weapons that they legally purchase. This is just not normal. That should never, ever be normal. And the fact that it’s classified as something different because of the colour of their skin? It’s a slap in the face. It’s completely racist.

"Put an Arab man with that same weapon in that same Walmart and there is no way that Trump would sit there and address it publicly as a mental health problem. The most mentally ill human being in America right now seems to be the president.”

Finally, having even included an 'IMMIGRANT' T-shirt in her new Fenty line, Aguirre hoped Rihanna would share some tips for fellow immigrants.

“What do you say? What can you say? It’s gonna get better? I almost feel sick to my stomach. I don’t even believe this is happening in real life. In front of my eyes. In front of the world. It’s not even hidden. This is blatant."

And asked if she has any hope for a great outcome in this situation, Rihanna reportedly said:

“I feel like the darkness has actually forced people to find this light within them where they want to do better,” she says. “It’s easy when you think everything is going really well and perfect. When everything is flowers and butterflies and you’re in your own bubble and your own world. But to see it, to know it’s happening—it pushes you to want to be the light in the world.”

Rihanna thanks God for Fenty