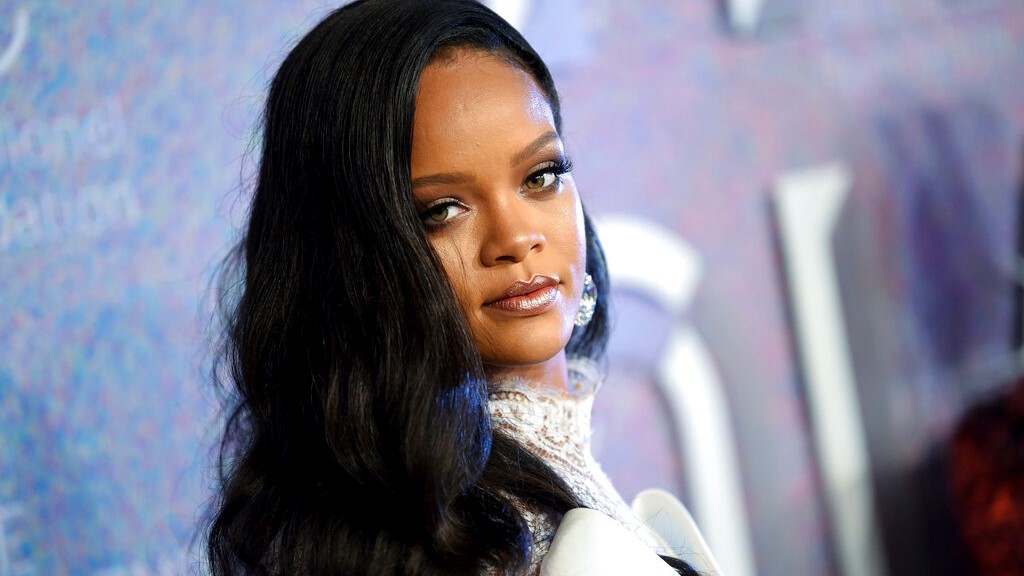 The pop star, born Robyn Rihanna Fenty, announced Friday that she will debut a line called Fenty this spring through LVMH. Her luxury house will be based in Paris.

The 31-year-old singer becomes the first person since 1987 to launch a new house with LVMH (the last person was Christian LaCroix). Rihanna is also reportedly the first woman to create an original brand at LVMH and the first woman of colour at the top of an LVMH maison.

"Designing a line like this with LVMH is an incredibly special moment for us," Rihanna said in a statement. She added that Bernard Arnault, the chairman and CEO of LVMH, "has given me a unique opportunity to develop a fashion house in the luxury sector, with no artistic limits. I couldn't imagine a better partner both creatively and business-wise, and I'm ready for the world to see what we have built together."

Arnault said "everybody knows Rihanna as a wonderful singer, but through our partnership at Fenty Beauty, I discovered a true entrepreneur, a real CEO and a terrific leader."

"She naturally finds her full place within LVMH," he continued. "I am proud that LVMH is leading this venture and wish it will be a great success."

Fashion has been synonymous with Rihanna's name since the Grammy-winning superstar launched her music career in 2005. She has collaborated with brands like Armani, Puma, Dior and more to launch products and lines, and she debuted her lingerie line, Savage X Fenty, last year. Her Fenty Beauty collection disrupted the beauty industry when it launched in 2017, offering 40 foundation shades and bringing in more than $500 million by the end of last year. The success of it forced other cosmetic brands to be more inclusive and launch more foundation colour shades, while Fenty even extended to 50 shades.

A release date for Rihanna's new Fenty line with LVMH was not announced, but a website where consumers can eventually purchase the line launched Friday. The new line "is centred on Rihanna, developed by her, and takes shape with her vision in terms of ready to wear, shoes and accessories, including commerciality and communication of the brand," according to a press release.

"Celebrity fashion brands have been around a long time and led by singers, but in the past, they've tended to be done via licensing, wholesale distribution and often more with mass retailers or department stores. What's different about this Rihanna project is her partner, which is the world's largest luxury group, which has expertise across a range of leather goods, perfumes, fashion, beauty — so it really raises the bar for celebrity-led fashion brands," Miles Socha, editor-in-chief of WDD, said in an interview with The Associated Press.

Rihanna, a native of Barbados, expressed her excitement about the epic new deal in an Instagram post on Friday.

"Big day for the culture," she wrote. "Thank you Mr. Arnault for believing in this little girl from the left side of an island, and for giving me the opportunity to grow with you at @LVMH. This is proof that nothing is impossible. Glory be to God."

Rihanna ties charity and FentyBeauty together in a 'killa' way