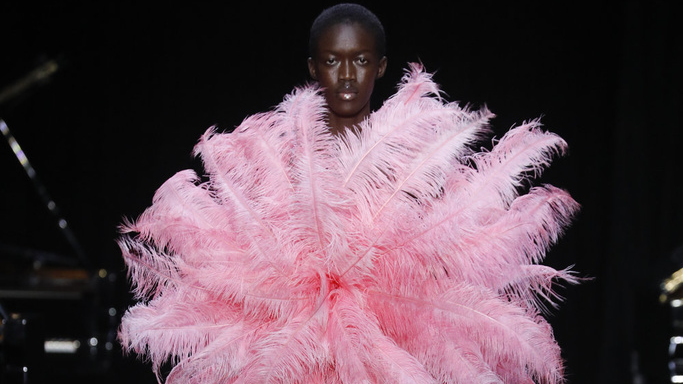 Rihanna brought high fashion to the streets of Bridgetown on Grand Kadooment Day.

The Grammy-Award winning singer had fans across the Caribbean talking when she appeared in the Aura band outfitted in a cotton candy pink dress adorned with feathers.

The dress, which was an obvious departure from the usual bikini and beads costume that she would normally wear, was designed by David Laport, a Dutch designer who has worked with the likes of Solange Knowles for the MET Gala 2016, as well as Sia and Jessie J.

While fashion in mas is common in Trinidad and Tobago through contemporary bands such as K2K and The Lost Tribe, it isn't a norm in Barbados.

RiRi could be starting a new trend even though there is speculation over her choice of a more covered look.

Tell us, did you like Rihanna's Crop Over outfit?

Rihanna is the wealthiest female musician