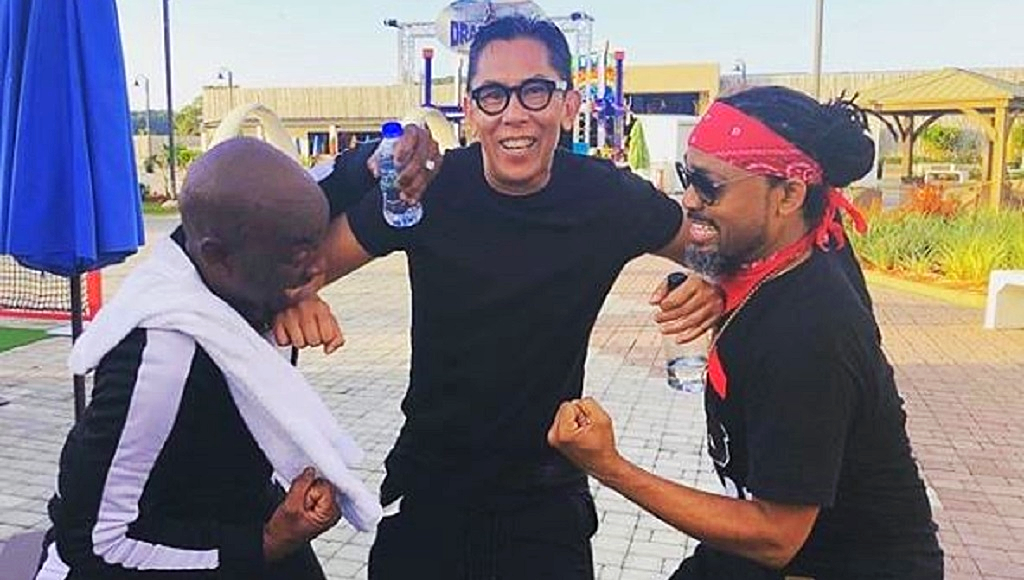 Soca veterans Machel Montano and Iwer George continue to hype up the Carnival fever, most recently with a photo showing the two playfully pretending to duke it out.

Montano’s long-time friend and manager Anthony Chow Lin On shared a photo to his Instagram page showing the two titans posing together.

George, who performed at Tribe Hydrate on Sunday morning, shared a video of his hit song ‘Road March Bacchanal 2’ to Instagram where he called out Montano as they battle it out for the Road March title.

The two have released songs rehashing their rivalry for Road March 2018, in which George’s song ‘Savannah’ was a close contender for Montano’s ‘Kingdom’, which won the title.

“You say unity is a wonderful thing, three days later he block Sunny Bling/on the stage was a next set ah drama, the DJ’s and dem playing Savannah/but when the mafia come, they switching from Savannah to Kingdom/they join forces to win the big fight, this year yuh have to team up with Jesus Christ,” George sang.

Machel responded to George with his song ‘Dr Mashup’:

Visit LoopTT on Instagram for more on this weekend's events and Carnival coverage at https://www.instagram.com/loopnewstt/

PHOTOS: Bunji, Iwer and more at Central Bank All Inclusive