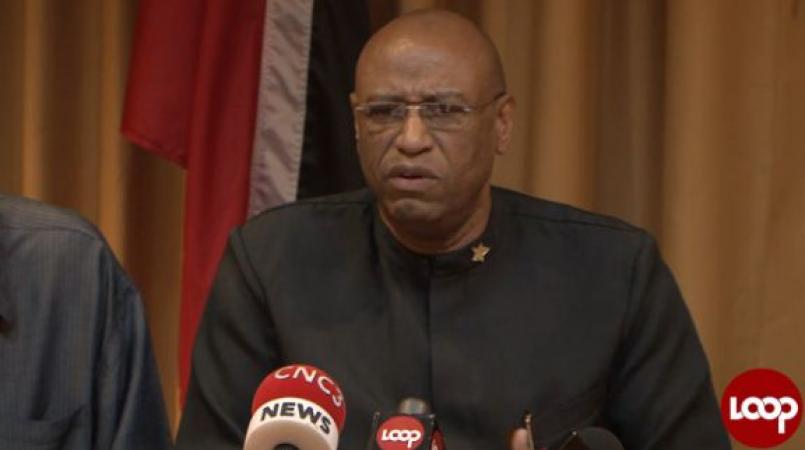 Leader of the Joint Trade Union Movement  (JTUM) Ancel Roget says, “it is time for this country to riot.”

The JTUM leader made the statement on Tuesday after delivering a letter to the Prime Minister on the budget.

He is calling on government to reverse a number of measures in the budget including its decision to increase fuel prices.

“We are deeply concerned about pensioners, retirees, people on fixed income, minimum wage earners, low income families, especially single parents, the unemployed, the poor, our farmers, our fishermen, our youth and people on the lowest end of the economic ladder, the most vulnerable in our society. With no adjustment to their income, the direct and knock off effect of this fuel cost will only drive them closer to a state of destitution. It is for this reason, we the labour movement totally reject any increase in fuel cost and therefore call for the immediate reversal of this measure.”

Roget adds that it is time for the country to take a stand.

Roget says decisive action will be taken, noting that they will be going across the country to mobilize citizens.

“And, without announcing any specific measure at this point in time…we are going to be going from east, west, north and south, all of the cardinal points in this country, mobilizing and making the population aware of the deception that was committed on them in this budget and that there is an alternative.”

Meanwhile, Roget is also calling on government to retract its decision to remove restrictions on banded maxi taxis.

He says the government failed to consult with stakeholders and described the measure as unlawful and illegal.

“Further, we also wish to place on record that the Maxi Taxi Advisory Committee was appointed since July 24th, but has never met since their appointment. It is therefore unacceptable to include in the budget a critical measure affecting maxi taxis with absolutely no consultations with the main stakeholder. We therefore call for the immediate retraction of this unlawful and illegal measure.”

Roget is also expressing concern about the effects of the increase in corporate tax increases.

“Whilst there were measures to increase corporate tax for businesses and banks and the increase of license fees for private hospitals, there was no mention of any mechanism in place to ensure these costs are not simply passed on to the consumer. We are calling on the government to state clearly what are the mechanisms in place to protect consumers from unscrupulous business owners, banks and nursing home owners who will inevitably pass these increases on to an already overburdened consumer," he said.

20-yr-old in critical condition after shooting