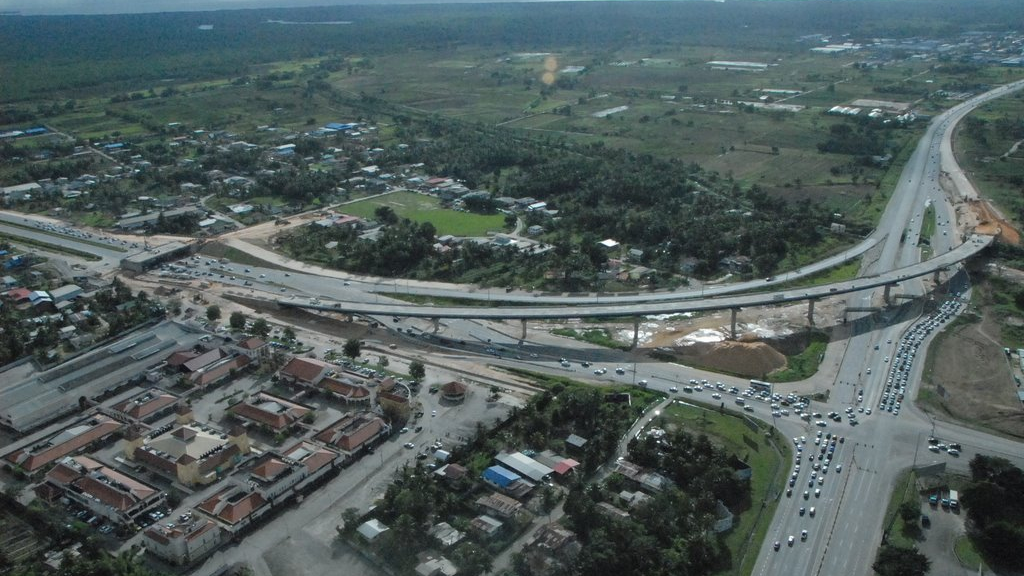 No land has been acquired yet for the construction of the Curepe interchange.

This is according to Works and Transport Minister Rohan Sinanan, who provided the update as he responded to an urgent question in the Lower House on Friday as to whether the land for the project has been acquired by government based on the commencement of ancillary work and the erection of road traffic signage.

“No land has yet been acquired by government, however, negotiations are ongoing with the relevant parties and state agencies required for land acquisition,” he said.

Asked under what terms and conditions China Railway Construction Limited has moved on to the compound of the Kay Donna Drive-in Cinema, Sinanan said permission was granted.

Recently, the large screen white screen of the Kay Donna Drive was taken down.

“Negotiations are ongoing with the relevant parties of the Kaydonna Drive-in and permission had been granted for access for ancillary works,” the Works Minister said.

Sinanan was further asked to indicate the fees being paid to the owners of the Kaydonna Drive-in lands for storing materials and to state categorically whether he is an owner or part owner of the lands to be used for the interchange and the timeframe for the completion of negotiation.

The Minister indicated that he does have interest in the land at Kay Donna.

“There is no rental being paid at this time for any storing of material at the compound of the Kaydonna. I do have an interest in the land at Kaydonna and both parties are hoping that in the shortest possible time, the relevant agencies responsible for completing the negotiations (sic). I just want to put on the record the Ministry of Works and Transport has no role in the acquisition of lands and I would have recused myself from any such arrangements.”

The Curepe Interchange will be built by China Railway Construction Limited at a cost of $221.7 million.