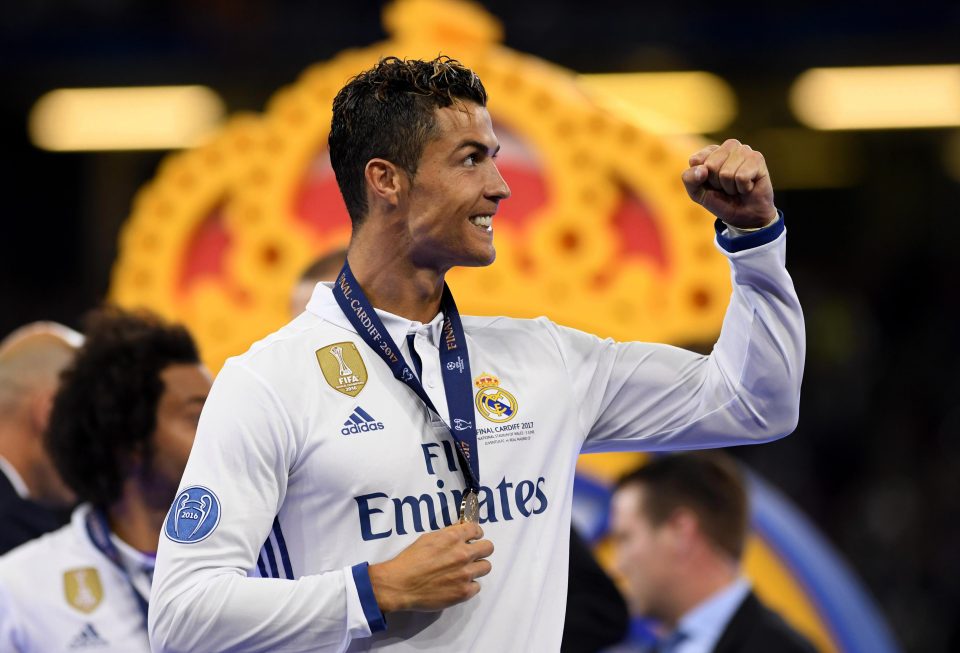 Ronaldo still feels as fresh as ever after winning his fourth Champions League crown.

Cristiano Ronaldo says he feels "like a young boy" as he prepares to lead Portugal into the Confederations Cup after securing more Champions League glory.

Real Madrid became the first team in the Champions League era to retain the title after beating Juventus 4-1 in Cardiff on Saturday.

Ronaldo scored two of his side's goals, moving onto 600 for his career and sealing the competition's top scorer award for a record fifth straight season, and sixth time overall.

The forward is the overwhelming favourite to win an astonishing fifth Ballon d'Or crown this year as he continues to produce at the highest level at the age of 32.

600 – Cristiano Ronaldo has scored his 600th goal in all competitions for club and country. Legendary. pic.twitter.com/QbHprSwhzj

While most players in the world game are on holiday, Ronaldo will now get ready to travel to Russia with his Portugal team, but insists he feels as fresh and motivated as ever.

"I have two or three days to rest and after we have a qualifying game for Portugal and the Confederations Cup," Ronaldo said after being presented with the Man of the Match award by his former manager at Manchester United, Alex Ferguson.

"It's a long season but I'm motivated, I'm happy and my age is just a number. I feel like a young boy."

12 - Real Madrid have won their 12th European Cup/Champions League trophy, five more than any other side. Specialists. pic.twitter.com/LKeXsR0lQf

Asked about his critics and a season in which he has occasionally been whistled by Madrid fans, Ronaldo said: "It's not a moment to speak about the fans, I spoke about this already.

"The most important thing is that I did it again. It's an amazing season for me and my team-mates to win the double.

"I'm very happy, we won trophies and of course it's one of best moments in my career. I say it every year but it's true!"