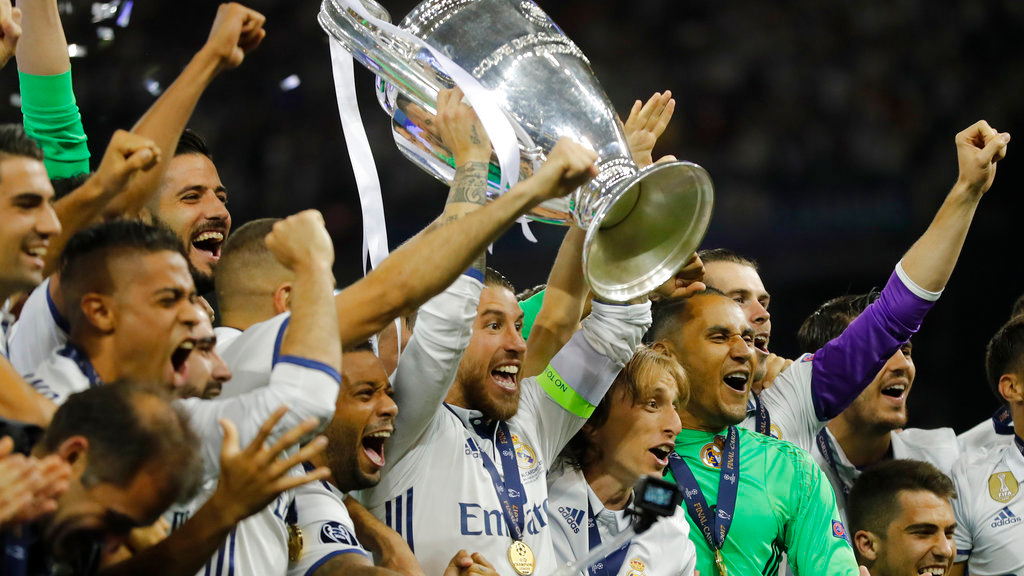 After another potent demonstration of Cristiano Ronaldo's enduring scoring prowess, surely no Real Madrid fan can contemplate criticizing him now.

Particularly after the world player of the year ensured Madrid pulled off one of soccer's hardest feats, becoming the first team to successfully defend their Champions League title.

The fans who irritated Ronaldo so much ahead of Saturday's final due to their whistling were silenced in emphatic style with two goals in a 4-1 victory over Juventus that gave Madrid a record-extending 12th European crown.

"People don't have words to criticize," Ronaldo said, "because the numbers don't lie."

They certainly don't after another incredible season, even at the age of 32.

"My age is just a number," Ronaldo said. "I feel like a young boy." 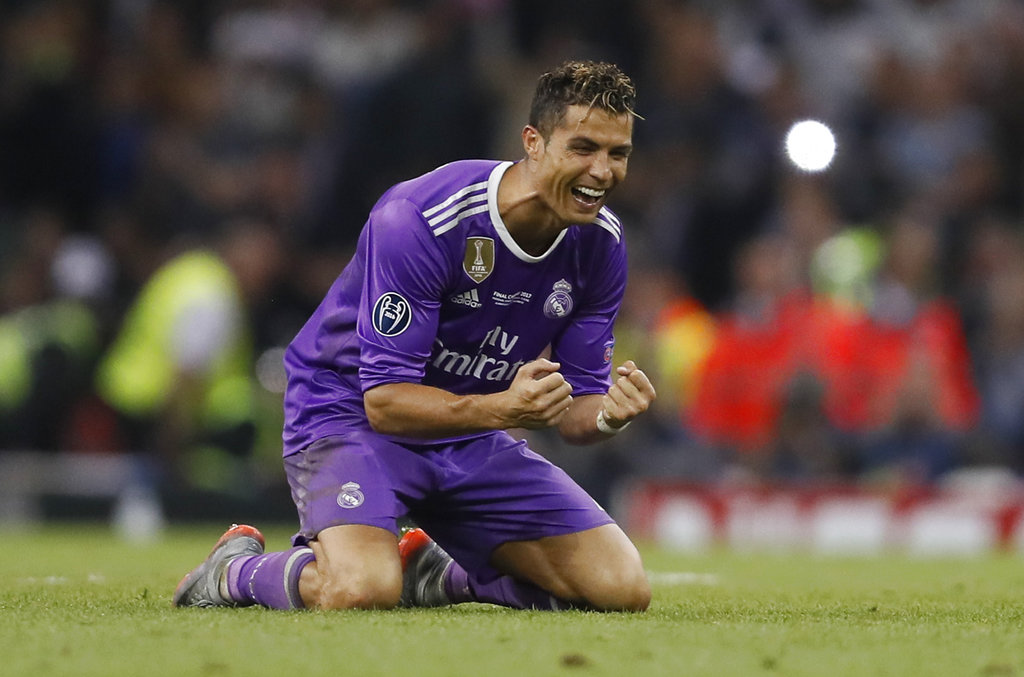 At the end of the 25th season of the Champions League, Ronaldo is the first player to score in three of the competition's finals. And having lifted the European Cup once with Manchester United, Ronaldo has done it three times in four seasons with Madrid.

It's the latest piece of silverware in an incredible 12 months for the forward.

It began with Ronaldo winning his first title with Portugal at the European Championship. Then came the Club World Cup with Real Madrid and the end of a five-year Spanish title drought before new highs were reached in the Champions League.

His career goal tally in club and international soccer now stands at 600.

Ronaldo's first strike at Millennium Stadium was canceled out by Mario Mandzukic's exquisite 27th-minute hook shot. It was the only high point for Juventus on a night when the Italian champion was outclassed in its quest for a first European title in 21 years.

Madrid's supremacy was clear in the second half.

After Casemiro put the Spanish champions back in front in the 61st, Ronaldo turned in the third at the near post inside three minutes, and Marco Asensio wrapped up the scoring in the 90th.

Juventus conceded more goals on the night than it had on the journey to the final, having let in only three in the previous 12 games.

"In the second half Real Madrid pushed the accelerator," Juventus coach Massimiliano Allegri said, "and we remained too static and sat back too long."

"Zidane believes in us a lot," Ronaldo said. "He knows that we are a very good team and that is why we proved it in the second half."

Until now, no team since AC Milan in 1989 and 1990, when the cup was only a knockout competition, had won back-to-back titles.

Madrid had a lot to thank Keylor Navas for in the opening minutes. The goalkeeper blocked a header and strike from Gonzalo Higuain, and produced a one-handed save when Miralem Pjanic picked a gap through a crowd of defenders.

One of the first things Navas' counterpart, Gianluigi Buffon, had to do was pick the ball out of his net.

It was the culmination of a counterattack of breathtaking speed launched by Luka Modric and Toni Kroos. Karim Benzema picked up possession and passed to Ronaldo. The world player of the year knocked the ball across to Dani Carvajal on the right flank before drifting into the penalty area to receive it back and beat Buffon.

But within seven minutes, Ronaldo was shaking his head and scowling after seeing an equalizer of individual brilliance.

Leonardo Bonucci's deep ball was brought down by Alex Sandro, who cut it back to Higuain in the penalty area. With his back to goal, Mandzukic received the chipped pass from Higuain and used his chest to control the ball before hooking it over his shoulder into the far top corner.

The magnificence evoked memories of another showpiece staged in the U.K. in 2002 when Zidane volleyed into the top corner in Glasgow to help Madrid beat Bayer Leverkusen.

This time, Zidane was a spectator on the Madrid sidelines, but enjoying it just as much.

His team's domination was verified after the break when Madrid went back in front - through Casemiro's strike that deflected off Sami Khedira - and this time the lead was retained.

It owed much to Madrid controlling midfield, largely thanks to Modric, who set up Ronaldo's second. The Croatian timed his cutback to perfection in the 64th to allow Ronaldo to ghost in between Leonardo Bonucci and Giorgio Chiellini and slot in at the near post.

Juve's night took a turn for the worse when Juan Cuadrado was dismissed for a second booking in the 84th. And to compound their misery, Asensio beat Buffon again as the 39-year-old goalkeeper missed out on a first European title.

"(Madrid) showed their class and the attitude needed to play in this kind of game," Buffon said after losing a third final.