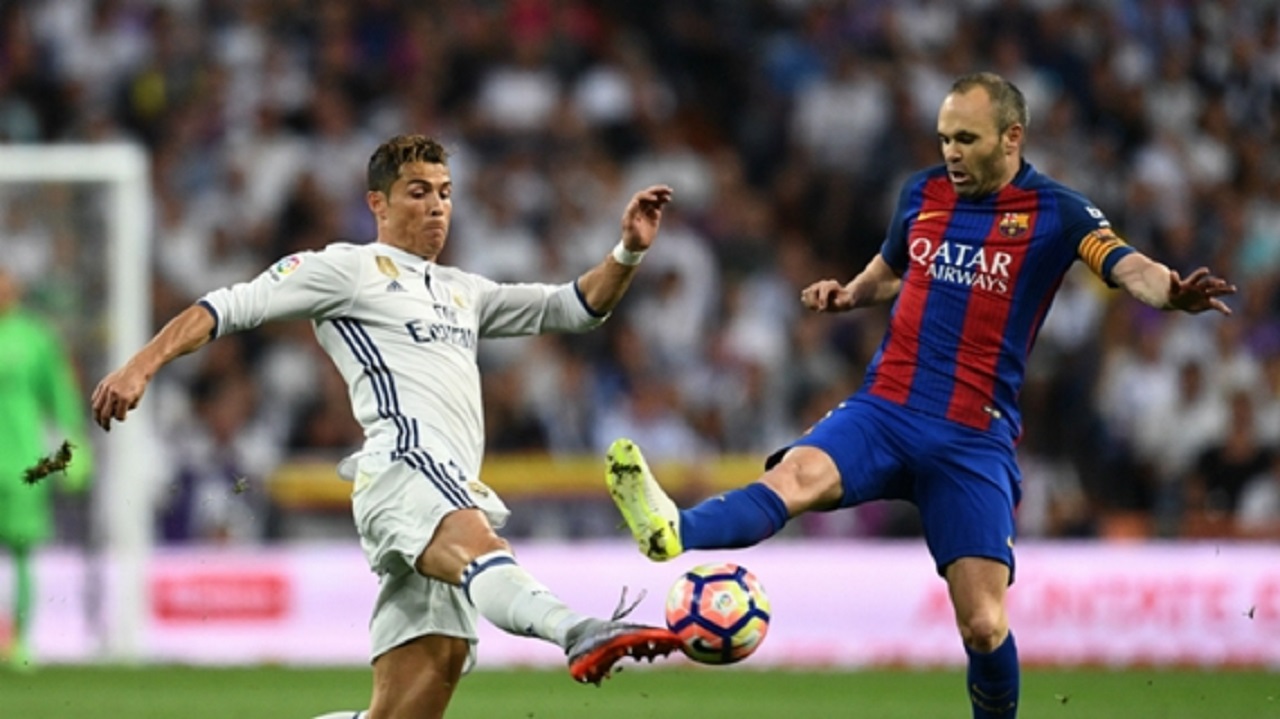 The Italian and Spanish leagues get underway this weekend, a week after the English and French leagues started. In Germany, there are cup matches.

What to watch in the leading football competitions in Europe this weekend:

Cristiano Ronaldo is expected to make his Juventus debut in the northeastern Italian city of Verona following his Serie A record 112 million euro ($132 million) move from Real Madrid.

An influx of fans is expected to descend on a city with a population of around 257,000. Anti-terrorism units are being deployed as part of heavy safety measures in place around Verona's Stadio Bentegodi.

Ronaldo scored in both pre-season friendlies he played and the five-time world player of the year is now ready to start Juve's pursuit of a record-extending eighth successive Serie A title.

Napoli, which finished second last season, has a new coach. Saturday's trip to Lazio will be Carlo Ancelotti's first match back in Italian football after a nine-year absence.

Tottenham should have been hosting Fulham in its first game at the rebuilt White Hart Lane. But the new 62,000-seat stadium is not ready — and might not be until November — so the north London club is picking up on Saturday where it left off last season by playing home games at Wembley.

Tottenham, which finished in the top three for three seasons, opened with a victory on an opening weekend lacking any significant surprises.

Last season's top five all started with wins. Defending champion Manchester City next hosts Huddersfield on Sunday when Manchester United plays at Brighton, Liverpool goes to Crystal Palace on Monday night and Chelsea is at Arsenal on Saturday.

Arsenal, which lost to City last weekend, is vying along with Chelsea to return to the top four Champions League places.

Real Madrid opens its bid to dethrone Barcelona as champion in its first league game of the post-Cristiano Ronaldo era against Getafe at the Santiago Bernabeu on Sunday.

After losing the UEFA Super Cup to Atletico Madrid in Estonia on Wednesday, new Madrid coach Julen Lopetegui will be hoping for a more positive start at home. Lopetegui was fired from Spain's national team just days before the World Cup after accepting the Madrid job.

Barcelona begins its title defense against Alaves on Saturday. The Catalan club lost Andres Iniesta and Paulinho in the offseason, but added Arturo Vidal, Arthur and Malcom. Philippe Coutinho will likely have greater responsibility as the team's playmaker in midfield.

Atletico opens at Valencia on Monday. Valencia should be considered a title contendor along with Villarreal, which hosts Real Sociedad on Saturday.

Newcomer Huesca will make its first-division debut at Eibar on Sunday, while Valladolid makes its return to the top flight at Girona on Friday. Rayo Vallecano, the other promoted club, hosts Sevilla on Sunday.

Lyon opens the second round of games with a trip to Reims on Friday.

Like the rest of last season's top four, Lyon made a winning start to the new season last weekend with the skillful Memphis Depay making the difference against Amiens.

Marseille has a chance of being more competitive and improving on a fourth-place finish, with attacking midfielder Dimitri Payet looking sharp and fully fit, and prolific winger Florian Thauvin in scoring form.

Marseille opened with a 4-0 home win against Toulouse. But it remains to be seen whether Marseille can maintain a sustained title challenge, especially given how easily Paris Saint-Germain won the league last year. The defending champions seek a second straight win when they travel to Guingamp.

After collecting the German Super Cup with a victory over Eintracht Frankfurt in his first game in charge of Bayern Munich, Niko Kovac's next assignment before the Bundesliga title defense starts is a trip to fourth-tier side Drochtersen/Assel.

With no professional players, Drochtersen qualified for the German Cup for only the second time in its 41-year history by winning the Lower Saxony Cup. The team has added temporary seats to expand its stadium capacity in northern Germany from 3,000 to 7,500 for Saturday's visit of the record 18-time cup winners.

Defender Meickel Klee, a bricklayer, could be coming up against Champions League winner Franck Ribery.

Mourinho: Klopp has to deliver after spending spree