Ronnie and Caro heads to The Serengeti for Carnival 2020 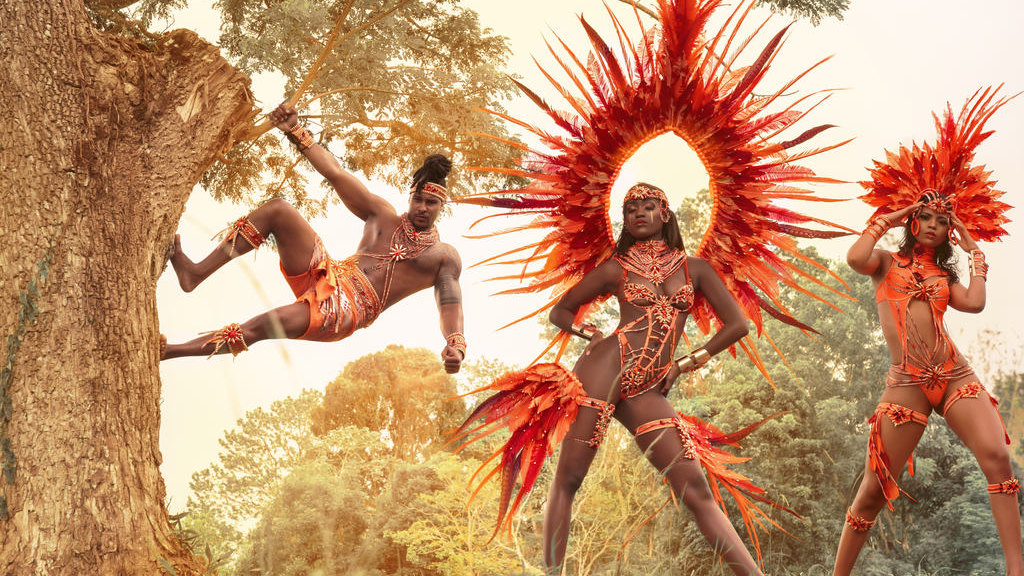 With about 40 percent of its masqueraders living abroad, Ronnie and Caro Mas Band has found social media to be the best platform to launch their Carnival presentations.

They experimented with a social media band launch last year which, Ronnie McIntosh, co-founder of the band, said was very successful.

As such, the band will return to that formula tonight when the band unveils its 2020 presentation Serengeti.

Accompanying the launch will be the band’s popular pavement lime which will be filmed between each costume upload. Food in keeping with the theme will be cooked and interviews will be conducted to give viewers more content.

Speaking to Loop at the mas camp on the corner of Ana and Warren Streets in Woodbrook, McIntosh said finances and their foreign masqueraders influenced their decision to do the band launches online.

“One of the last launches I had in Ambassador I pay about $19,000 for police and fire. We don’t have the major corporate ones who would pay for your entire launch, it is costly. And then with the launch, you can’t rotate the models. So if you have ten models with four sections that is 40 models and them prices going up. They doing this full time now so you have to respect that. You have to feed them a nice lil plate and feed them a full meal because they coming from 3 o’clock,” he said.

“In addition to saving money, we are catering to our foreign-based masqueraders because we won’t get the numbers like a Tribe especially since 40 percent of our masqueraders live abroad. With the foreign-based ones, when we give them the countdown, everyone puts up their big screen, cook some pelau, invite two friends, pack two case of beer. They have a lime.”

Talking about the theme, McIntosh revealed that this will be the first time in the band’s 13th year that they will not be focused on a local theme.

The Serengeti theme, he said, was decided upon by his committee which comprises a lot of younger people who were brought into the fold.

Located in Northern Tanzania and flowing over into neighbouring Kenya, The Serengeti is a vast ecosystem which gains its name from the Maasai language, meaning “endless plains.” This presentation seeks to explore the rich, diverse culture of Africa using the plains of The Serengeti as the focal point.

He said taking on an international theme has been challenging for him as he has had to do research, learn pronunciations of names and find a balance between portraying the subject and giving masqueraders what they want.

“Take the Maasai Tribe, we won’t just do the clothes of the Maasai Tribe we would say the colours of the Masai tribe because we still have to incorporate the feathers you know. We not coming down the road with everyone head tied. We have variety because we still have to represent but we can’t have any mistakes with the names or pronunciation or the colours of the tribe,” he explained, stating that there will be more fabric on the costumes this year.

Another first for the band is the number of sections it will have.

McIntosh revealed that this year the band will have 14 sections, which includes seven guest sections.

He credits soca artiste Lil Bitts for the expansion.

“In 2019, we had one guest section which was Lil Bitts. I dunno if others would have called her but it so happen that right after Carnival we got calls for more guest sections,” he said, noting that in the past they were hesitant to do guest sections.

Three times Large Band of the Year, Ronnie and Caro has been able to maintain its following since inception.

The band started out as a section in Masquerade and then moved on to Legacy for two years before a fall out with Big Mike prompted them to start their own band.

The band won the Medium Band of the Year title straight out of the gate which convinced them to stay in the game even though they didn’t make any money.

McIntosh credits their customer service for a big reason people are drawn to the band.

It also helps that the band produces costumes for other Carnivals regionally and beyond which keeps them in business all year round and ensures a supply of masqueraders.

“It’s a family-oriented band,” he said.

Ronnie and Caro’s Mas band will launch Serengeti tonight on all their social media platforms from 8pm.

Rogue, Lost Tribe steal the show at Festival of Bands

A band with a story to tell: The Lost Tribe launches 'Anansi' for 2020