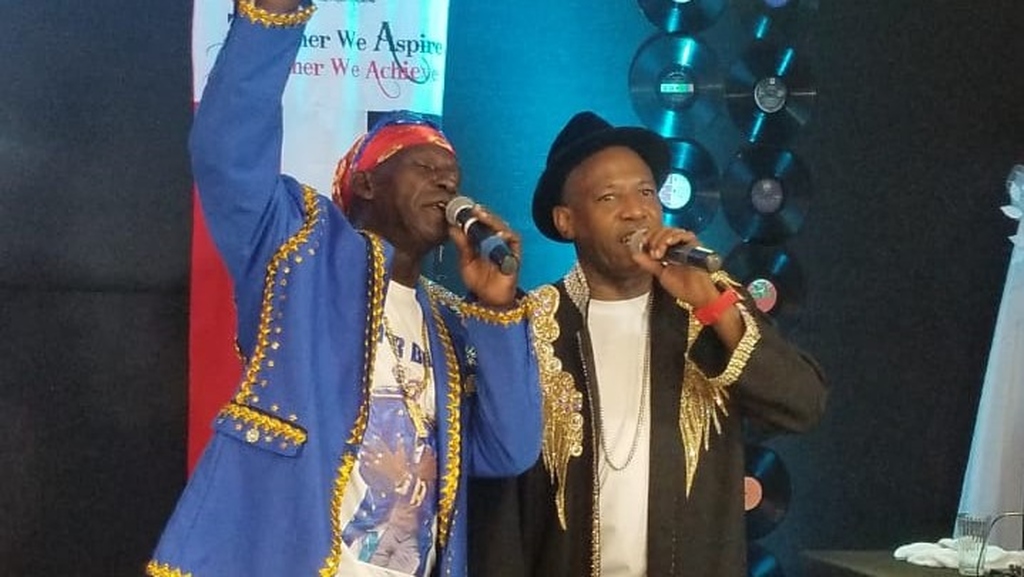 The nearly three hours’ tune for tune battle with the legends raised over $40,000 via Fundmetnt, thanks in large part to McIntosh's promotion of the event.

Since WACK featured its first live show with Calypso Monarch Terri Lyons on April 12, the San Fernando-based radio station has held over 60 shows and raised over $600,000 in donations.

The money donated from each performance is split between the station and the artistes.

While live shows have waned since COVID-19 restrictions went into place in mid-March, WACK has persisted. Key to the station’s success are three main factors: its long online presence, its followers and the quality of its live shows.

Kenny Phillips founded WACK in 2004 to prove that a radio station with local content could be successful.

Phillips acquired a community licence to open his radio station which meant his station’s signal was limited to a certain radius, 16 kilometres from his base.

In 2005 his station went online, graduating to video in 2006 when a listener from New York sent them a video cam to record their shows in studio.

“We coined the phrase ‘Radio You Could See’,” said Phillips.

The station’s commitment to local content — playing all genres of local music as well as music produced regionally or by foreign-based nationals — caught the ear and loyalty of a diaspora audience hungry for a connection to home.

Phillips has, over the years, kept that audience plugged in to events at home, live streaming Carnival shows such as Panorama, Calypso Monarch competitions and various shows throughout the year.

WACK, now a national radio station, also airs its radio shows via its YouTube channel where the live events are also livestreamed. Since doing the live events, the subscribers on that platform has grown.

That overseas audience, which Phillips describes as 35 to 105 years in age, supports WACK’s events not just by tuning in but by voluntarily donating in support of the artistes.

The majority of donations are made by foreign listeners but Phillips is currently arranging to activate local donations.

While nostalgia does play into the allure of WACK’s live shows with legends such as Rio, Brother Valentino, Joey Lewis, McIntosh and Superblue taking fans down memory lane and giving little-known history behind their hits, Phillips said the audience has responded positively to younger acts.  Calypso Monarch Terri Lyons, Road March and Soca Monarch Iwer George, Farmer Nappy, the A-Team Band, Blaxx and the All Stars and the Kairi band all surpassed their targets.

Phillips attributes the success of WACK’s shows mainly to the quality of the stream, audio and video.

He explained: “With a quality stream that you could depend on you sure you getting what you are looking for and that makes a difference.”