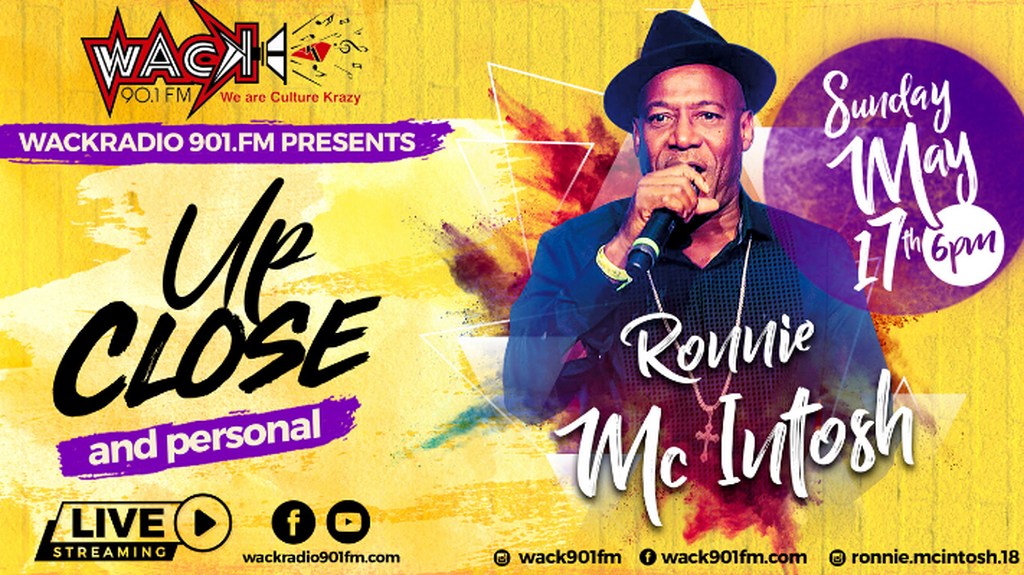 Ronnie McIntosh will take fans on a journey through the years when he takes the spotlight on WACK FM’s Up Close and Personal series.

McIntosh told Loop his aim is to take his fans from around the world on a musical journey, invoking memories from venues he has performed in various cities starting at home.

“The concept is to bring back the memories and energy from Upper Level Club, starting my set nice and groovy from Caribbean Nights on a Thursday. We use to do the Thursday nights, Christmas Night and Ash Thursday. Chandelier used to have people round the building especially on a Thursday,” he said.

McIntosh said from Upper Level, he is heading to the big fetes of yesteryear: Licensing, Flour Mills, Mecca and Spectrum, and then east to Metal Box and Nestle fetes.

“When we leave South we going straight to New York to Tilden Hall and Golden Pavilion. From New York we to London and Tudor Rose, which was a big West Indian venue. When we leave there we will swing down Toronto and we going 300 Bathurst, Ella’s Banquet Hall, and we stopping by the D’ Docks. From there we going Miami, to Ramada Hotel on Collins Avenue and the Convention Centre,” said McIntosh, recalling the venues he performed at with Chandelier and Blue Ventures.

Back in the Caribbean, McIntosh will take fans to Jamaica at Albion Farm, where Byron lee started Jamaica Carnival and to St Lucia on Marcha Grounds.

Back in T&T, he will take fans down memory lane to Skinner’s Park for Calypso Fiesta and Soca Monarch, where he won the title in 1995 with ‘On De Road, and tied in 1997 with Superblue for ‘Ent’.

McIntosh, who lit up stages with his trademark trenchcoat and hat, is known for moving crowds with songs such as “Donkey Dance”, “Shaking It”, “Ah Come Back Home”, “Jump and Breakaway” and “How It Go Look”.

He popularised many sayings which are soca artistes still use to this day to energise crowds such as “Good Morning” and “Anybody from…”.

McIntosh will be in action from 6 pm on WACK’s YouTube channel.

You can donate at www.fundmetnt.com.

Voice raises the bar on virtual concerts with 'Niceness'