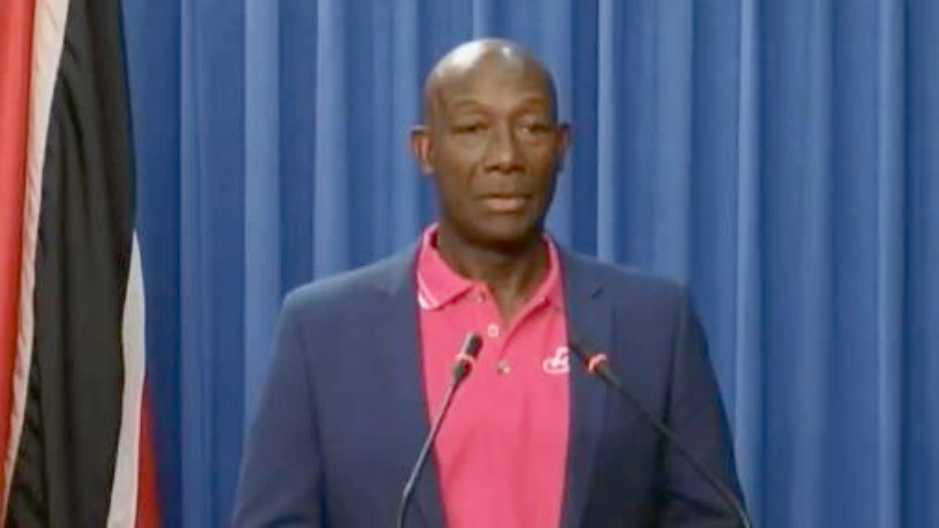 Prime Minister Dr Keith Rowley says the citizens of Trinidad and Tobago ought to take the recent threat against Carnival seriously.

Dr Rowley made the comment during a media conference at the Office of the Prime Minister today, one day after Opposition Leader Kamla Persad-Bissessar criticized him for his silence on the matter.

In his address to members of the media, Dr Rowley took the opportunity to denounce claims that the terror threat was fake or was an attack against a particular religious group. He said in fact, the TTPS received credible information of the threat following information received by local and international monitoring agencies, one week before it was brought into the public domain.

The Prime Minister also praised law enforcement officials both local and international, who he said uncovered the plot.

Stressing that Trinidad and Tobago is in greater danger of terrorist attacks with locals being trained abroad and returning, Dr Rowley said it was important that Carnival was not affected.

“Carnival is an economic activity and to have it disrupted could have had far-reaching consequences.”

“I do not know that we have faced this level of activity before and I want to thank the leadership of all the security services and those officers who worked round the clock so as to carry out the protection that was required to have this situation under control.”

Dr Rowley stated that the operations are ongoing.

Meanwhile, addressing the Anti-Gang and Bail Bill, the Prime Minister said a meeting is carded between the Government and the Opposition to address the legislation.

He said the Bill needs to be passed as a lot of the threats faced are organised by groups and added that it has already been brought to the Parliament.

"We do have Anti-Terrorism legislation in the Parliament and all of this will strengthen our ability to deal with it.”

“For a significant number of the crimes we really do need the Anti-Gang Legislation. We foresee that the Parliament will be meeting in very frequent sessions. There is a lot of work coming to the Parliament to bring us to a point where we can see the benefit of the legislation.”

Also responding to questions from members of the media as to the participation of US Law Enforcement Officials in preventing the terror threat, Dr Rowley said it was accurate for US spokespersons to say that they were not involved in any operations here.

“With respect to the information gathering it is an ongoing exercise between T&T and the US,” he said.

Thirteen people have since been arrested in relation to the terror threat.