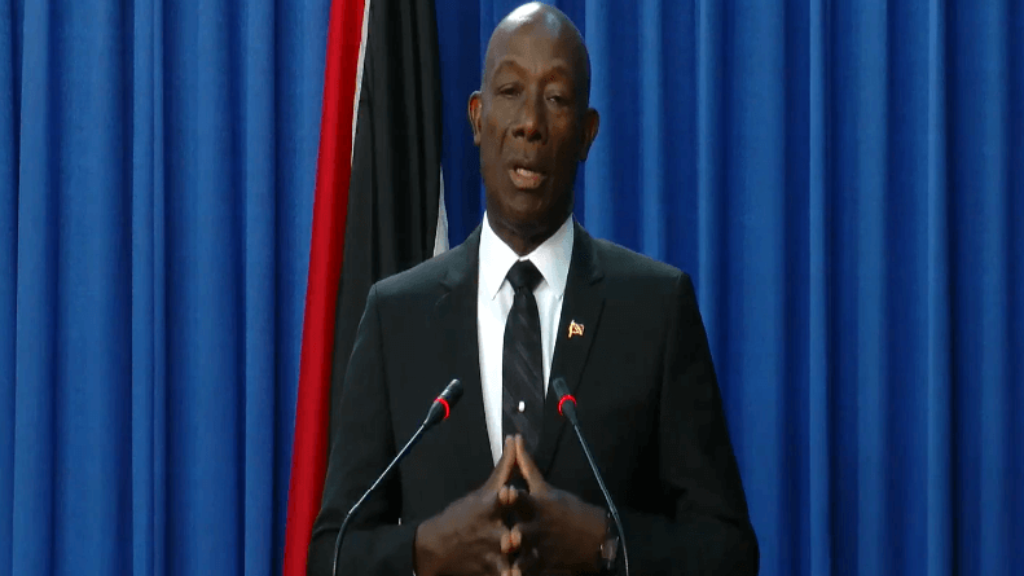 Citizens should be concerned about the economic implications of the novel coronavirus (COVID-19) on Trinidad and Tobago.

Prime Minister Dr Keith Rowley said manufacturers have been affected globally as factories in China have been forced to cease operations indefinitely owing to the spread of the virus and T&T is not immune to these knock-on effects.

He expressed the concern while speaking at the Post Cabinet Media Briefing at the Diplomatic Centre in St Ann’s on Thursday.

“We are a trading nation and we have significant business outside of T&T and personnel and equipment and goods come into our country. We have to be concerned about the progress (of the virus) in China and outside of China,” Rowley said.

“If there is no movement of people and goods in and out of these factories, it will automatically have a certain kind of effect and those effects are directly of interest to the people of Trinidad and Tobago because we are in the marketplace for gas prices and oil price and for methanol price…”

He noted that the global oil and gas sector has taken a hit and forecasts remain negative due to concerns surrounding the virus. Prices remain depressed due to oversupply on the market.

The natural gas (Henry Hub) price is now US$1.75, while the national budget was based on a projected gas price of US$3.

The coronavirus has driven down stocks across the global market, with stock markets around the world down by 10 to 12 percent from their recent highs.

Rowley noted that a continued downward trend could spell trouble for earnings from investments, upon which the Fund is dependent.

“And this time more than ever to have our Heritage Fund underperform or threatened by a collapsing market is something that every citizen should be knowledgeable about and hope for the best at the market.

We also are trading in products for which the demand is of interest to us. Because if the demand is not there then the prices of those products that we trade in would fall.”

The last quarterly investment report on the Fund noted challenges in economic growth due largely to a trade dispute between the US and China.

As at the end of September 2019, the total net asset value of the HSF was US$6255.3 million, an increase of roughly US$61 million from the second quarter ending value of US$6194.3 million.

The HSF Investment Portfolio was valued at US$6253.62 million, while the remaining US$1.7 million was held in an operating cash account to meet the day-to-day expenses that arise from the management of the Fund.

Meanwhile, the Prime Minister noted that there is likely to be an influx of nationals abroad if the virus’ spread worsens.

He said however that T&T has established protocols in place to treat with any escalation of the situation and the arrival of the virus.

“In some instances, we are ahead of what the WHO is saying to us and we have always anticipated that this is something very serious and it is now posing a threat not only to life and limb but it is also a serious threat to our economic wellbeing.”

Responding to commentary surrounding global virus concerns and the implications for the recently concluded Carnival celebrations, Rowley said there was no need to cancel the greatest show on earth.

He noted that health and national security officials will continue to monitor the situation and ensure a level-headed, informed approach without causing unnecessary fear.

The decision to proceed with Carnival celebrations as planned was in keeping with this approach.

The Prime Minister said most visitors to T&T’s shores for Carnival were from North America where there are currently 60 confirmed cases, according to the Centers for Disease Control (CDC). He assured there was no risk posed by the visitors.

Rowley also took the opportunity to take a jab at “horribly irresponsible” individuals with “agendas” who he accused of spreading misinformation on the virus on social media.

He cautioned against causing unnecessary panic, reminding citizens that the spread of COVID-19 is not limited to any ethnicity or nationality as anyone exposed to an infected person can easily pose a threat to others.

The Prime Minister again assured that protocols have been successful and T&T is ready for any cases of the virus.

MP: Citizens to be wary of novel coronavirus after Carnival