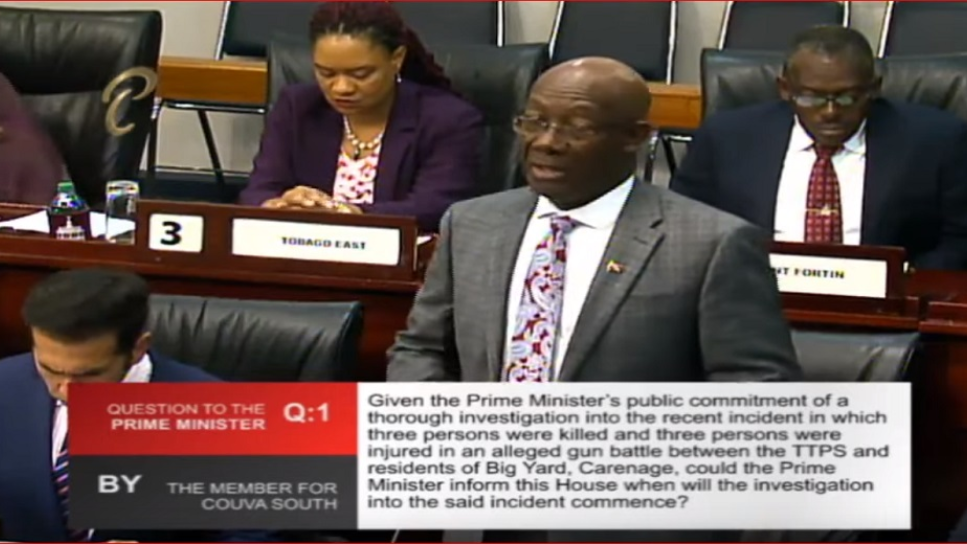 Prime Minister Dr Keith Rowley says an investigation has already been launched into the alleged police shooutout which occurred in Big Yard, Carenage on Friday.

Dr Rowley was responding to questions posed to him by Couva South MP Rudranath Indarsingh, in the Parliament on Tuesday.

"If my colleague from Couva South was so noticeable and caring about the people of Carenage in Big Yard, he would have heard the Commissioner of Police, in response to this very question, say that an investigation has already commenced and that an officer who is named has been put in charge of the required investigaton."

Indarsingh further questionned the Prime Minister on whether the investigation will be independently conducted. He also asked for the name of the officer leading the probe.

"An officer Samaroo has been identified by the authorities in the police service I expect that given the nature of the incident that following the appropriate protocols that the Police Complaints Authority would get involved and that this investigation is not unique but we expect that it would be done in a way that would be covered by the laws of Trinidad and Tobago."