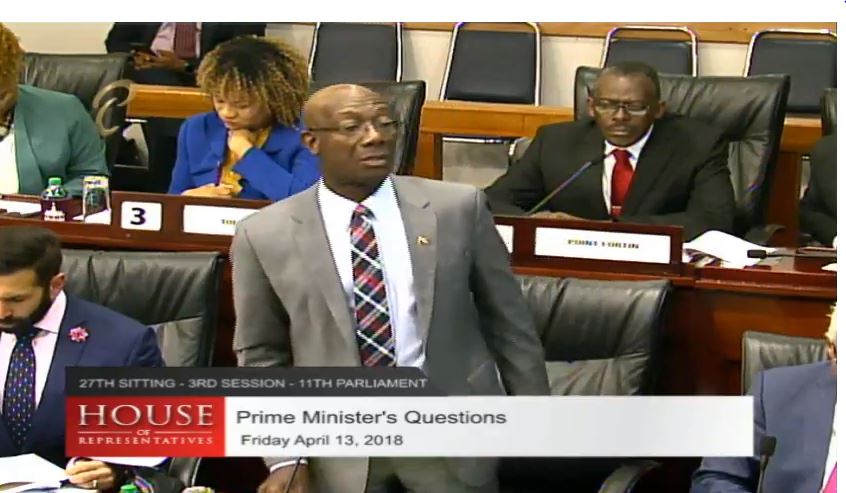 Prime Minister Dr Keith Rowley has opted against revealing the "new information" that came to his attention which led to the dismissal of former Sports Minister Darryl Smith.

During Prime Minister's Questions in the Parliament on Friday evening, Opposition MP Dr Roodal Moonilal asked that Rowley disclose the details he had on the matter, however, the Prime Minister deflected saying he was not obligated to do so.

"The appointment of persons to the Government or to the cabinet, cabinet or non-cabinet portfolio, is a matter for the Prime Minister of Trinidad and Tobago and I’m not under any obligation to tell the member for Oropouche East why I came to that conclusion."

Smith has been at the centre of a controversy involving sexual harassment allegations by a former employee at the Ministry of Sport and Youth Affairs. A $150,000 payout was reportedly handed over, one day before a battle between the employee and the Sports Ministry at the Industrial Court. A non-disclosure agreement was also signed. There has since been speculation that the woman was paid for her silence.

However, addressing the Opposition's concerns today, Dr Rowley said contrary to "misleading" reports, the $150,000 was paid for an industrial relations suit in relation to wrongful dismissal and had nothing to do with sexual harassment allegations.

"This matter arose in this honourable house and it was the Attorney General who made it quite clear that the matter of the settlement and the payment of that sum of money was in the context of a wrongful dismissal by way of process. That was the issue that the Government was dealing with at the Industrial Court and if there are members who know otherwise, then they can carry on in that way."

Rowley also chided Moonilal for his line of questioning on the issue as he said the Opposition could not throw stones as they themselves had glass windows.

"I’m simply making it clear to my colleagues on the other side that sexual harassment in public office did not start with this Government so don’t come and play ‘holier than thou’ for me."

The Prime Minister also noted that the Attorney General’s Office, nor the AG, were involved in this matter.

Smith was terminated on Tuesday, one day after he was reassigned to Minister in the Ministry of Housing and Youth Affairs.

A tribunal has since been set up, led by former Permanent Secretary and Human Resource Expert Jackie Wilson, to investigate the claims.