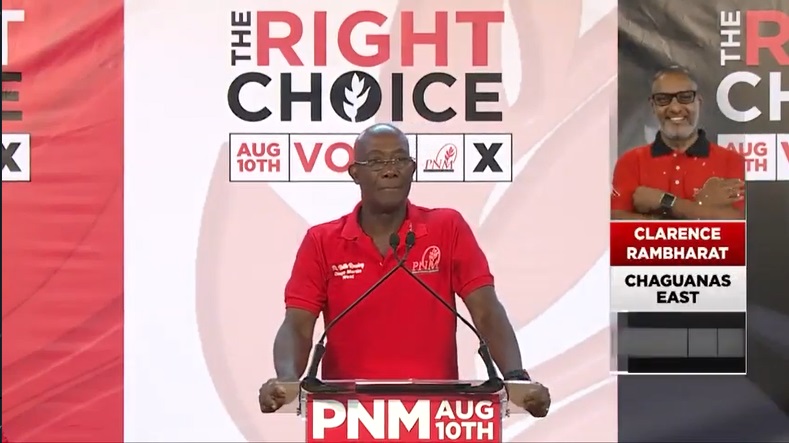 Prime Minister Dr Keith Rowley said that he’s made good on his promise to ensure that, despite Trinidad and Tobago’s economic challenges, going to the International Monetary Fund (IMF) would never be an option.

He added that if the United National Congress is successful in their bid to win the August 10 General Election, that fact will drastically change.

“If you put God out of your thoughts and allow those jokers on the other side to have the responsibility for Trinidad and Tobago’s affairs and they put together their mishmash and their stupidity that they’re promising you in their popularity quest, you will be guaranteed to end up at the IMF,” he said.

Speaking at the People’s National Movement (PNM) campaign launch in Diego Martin West on Saturday night, the Prime Minister assured that the life citizens have benefitted from will also change; particularly the grants and allowances given to citizens during the brunt of the COVID-19 pandemic.

Dr Rowley says that to him, solving the country’s issues are not about popularity.