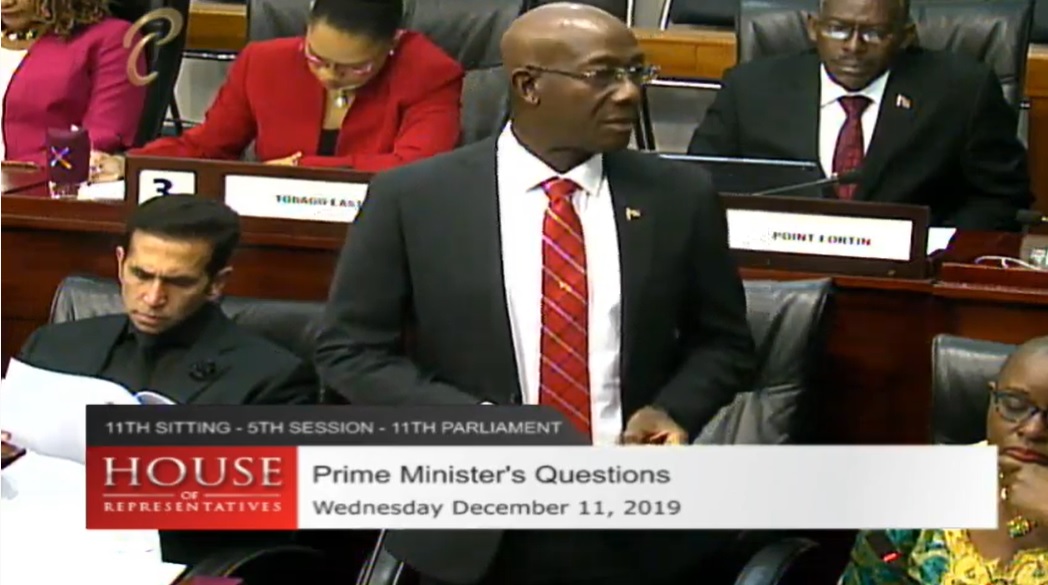 Prime Minister Dr Keith Rowley says there’s no one in his cabinet that can be accused of being a misogynist.

Responding to a question posed in Parliament, Dr Rowley said, “With respect to misogyny, I know of nobody in my cabinet that is guilty of misogyny, Madam Speaker.”

He was referring to the comments made about him and Attorney General, Faris Al Rawi by Folade Mutota, a member of the committee set up to investigate former Minister of Sport, Darryl Smith.

Dr Rowley also reiterated his position that the report submitted by the committee wasn’t appropriate for use. He says lawyers advised him that since the committee didn’t seek the thoughts of Smith himself, the findings were unusable.

Asked whether the police should then intervene, Rowley said if a law was proven to be broken, the suggestion would make sense. “A report that is not sustainable would not give the police a position on it. This thing has been discussed at length, I don’t know what you would tell the police that is different from what we have told the public,” he said.

The Prime Minister says he’s handled the matter within his authority. “As far as I’m concerned (Smith’s dismissal) is the end of the matter. I do not have any authority to do anything else on that matter,” he concluded.