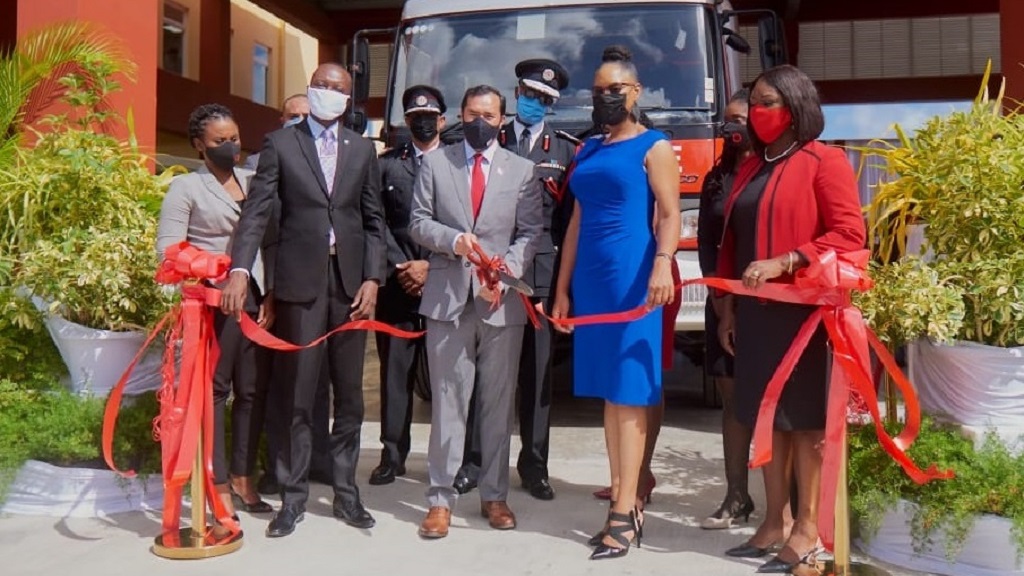 The Roxborough Fire Station in Tobago is now officially open.

The Ministry of National security said in a statement that the station was officially opened on August 4, 2020.

National Security Minister Stuart Young said the the Ministry'remains committed to ensuring that the TTFS has the required manpower, accommodation, access to modern methodologies and equipment to effectively carry out the organisation’s mandate, to provide efficient and effective public Fire Protection and Emergency Services to the Republic of Trinidad and Tobago.'

It includes dormitories, a gymnasium, a laundry room, vehicle bay, an audio/visual lecture loom to facilitate the continued training of officers and firefighters and a dedicated firefighting kit storage room.

The fire station will also accommodate the establishment of a Fire Prevention Unit where officers will administer fire safety training to residents of Tobago.

Young said the Ministry has advanced upgrades to infrastructure and facilities at fire stations across the country, including the Scarborough Fire Station in Tobago where repair works are presently at forty-five percent completion.

Acting Chief Fire Officer Marlon Smith commended officers for persevering in the execution of their duties during these challenging times in the country.

Smith said firefighters serve as first responders in times of emergency and the new station will bring a measure of comfort to members of the community.

Smith said the new fire station will not only provide coverage for Roxborough, Speyside and Charlotteville but will also support the work of the Scarborough Fire Station.