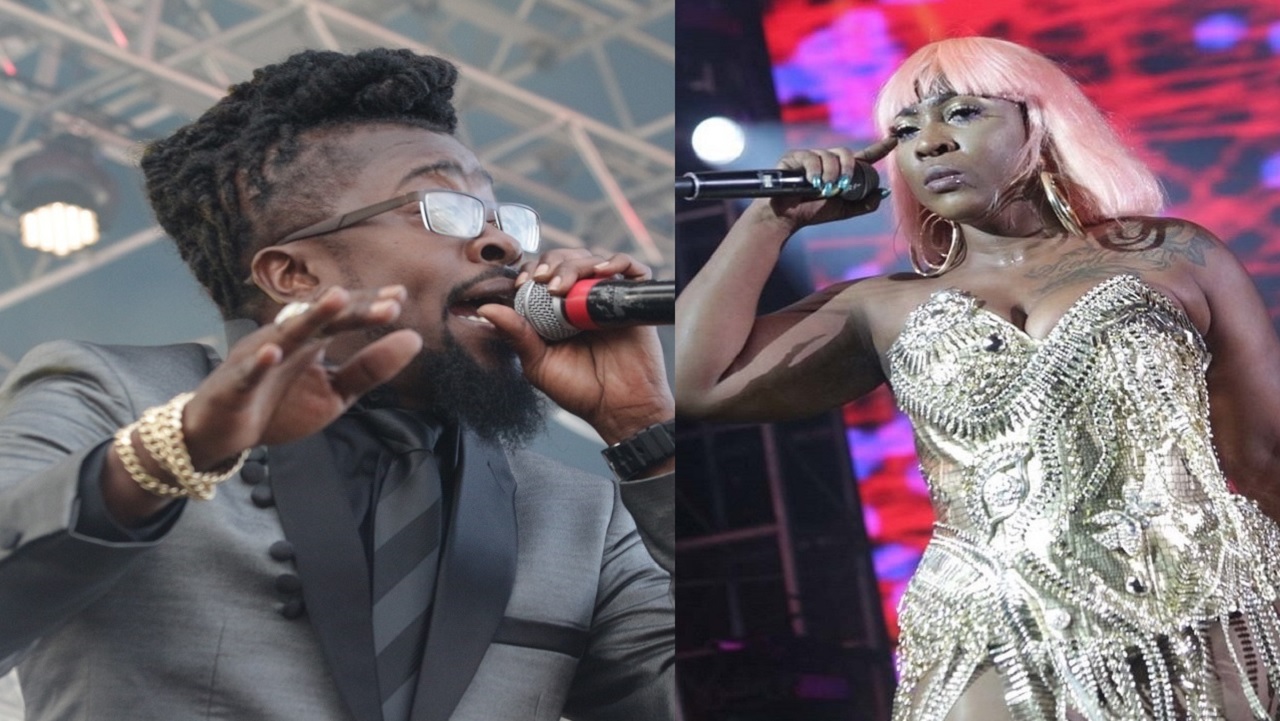 Jamaican entertainers Spice and Beenie Man are embroiled in a war of words after the 'King of the Dancehall' appeared to suggest that Spice has not accomplished enough to deserve the label 'Queen of the Dancehall'.

Beenie, during an Onstage interview, poured cold water on Spice's achievements, suggesting that she had not reached the heights of crossover appeal of her predecessor, Lady Saw.

Peeved, Spice hit back immediately on Instagram, posting a video of her and Beenie's ex-wife D'angel along with a caption loaded with barbs.

“Nothing is wrong with your statement. The Queen got baptized; we all know that. But do you also know that the king is incarcerated right?” she said in a clear reference to Vybz Kartel's incarceration.

Then, with scorn dripping from her words, added: “it a bun you bad.”

Over the weekend, when asked about Spice crowning herself, Beenie had said: “Well she is the one that stepped up to the plate but that’s not how you become the queen. Because if you’re going to take Lady Saw crown then you have to do what Lady Saw did like no disrespect, you can’t do less work."

He had also pointed to the fact that she had yet to score a crossover hit of the magnitude of Lady Saw.

“Becomes that artist that you know… she is Spice in Jamaica, she is Spice everywhere Jamaicans is, she is Spice everywhere Caribbean people is, she needs to be Spice where American and British people meet,” the Doc continues. “I am not talking about watching Instagram and talking about song, reaching the people ears the right way, being that artiste that we can sit down in Jamaica and look on you on MTV and look on you on VH1 and say alright she has done it and she has reached that point. Because Lady Saw did it and she reached that point.”

Since the backlash, Beenie Man returned to Instagram to post a video where he said that his comments were actually a "compliment". He started off by saying that "everybody have wifi but anno everybody have wisdom" and went on to express that he was bewildered over Spice's interpretation of his comments.

He also wrote:  "Bwoy me still a wonder how people take a compliment and turn it into criticism and conflict. It mek yuh wonder who have a "Bad" mind. Unnu nuh have some lef over Sunday dinner fi go warm up later??? Go find supm do and enjoy life man. #Movewidyuhbadvibes #guhwatchtheinterview #NoTimeFiNegativity."

'How yuh so lie?': Alkaline hits back at Beenie Man