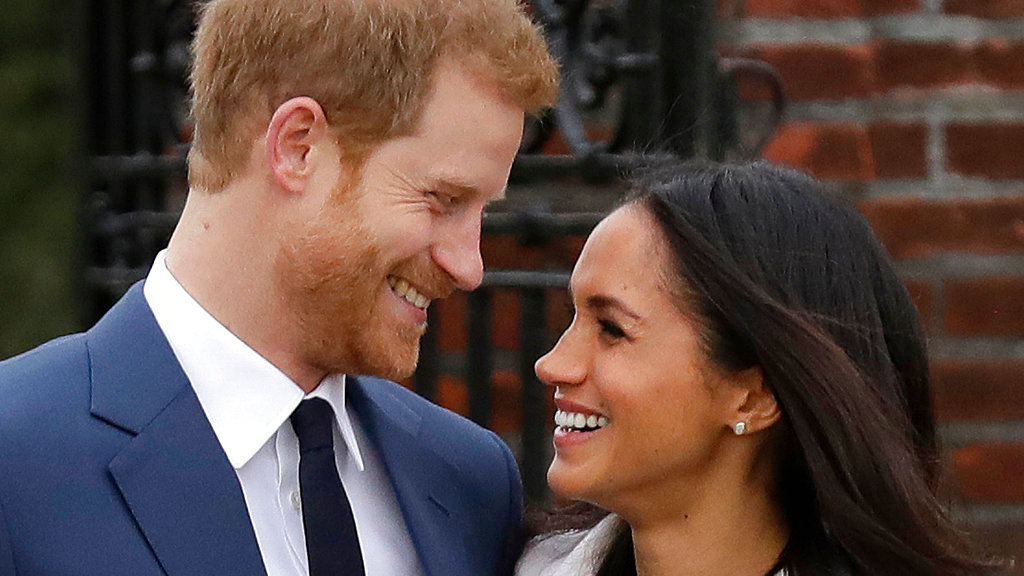 Forget the Winter Olympics, the Champion's League or the Super Bowl. The real competition right now is who's going to be invited to Prince Harry and Meghan Markle's wedding.

Everyone who is anyone in Britain is angling for an embossed royal ticket.

British heavyweight boxer Anthony Joshua, who is seeking to add two more world championships to the three he already owns, says he would be happy to interrupt his high-level training for a trip to Windsor Castle on May 19. The ebullient Joshua has not been shy, tweeting a picture of himself and Harry with the question "Need a best man?"

"I'm single," the 28-year-old told the BBC, expressing an interest in seeing if the elegant, raven-haired Markle's "got any sisters."

(For the record Anthony, she has a half sister, 53-year-old Samantha Grant, a divorced mother of three who has called Markle "a social climber.")

The actual guest list is a closely guarded secret — and details about it may not be released until the event is underway. But that hasn't stopped speculation about who's in or who's out from becoming a national parlor game, and subject of wagers in Britain's legal betting shops.

Any bride and groom run into parental interference in their guest list, whether it's adding random cousins or forgotten neighbors. Yet Harry and Markle are enduring this phenomenon at a cosmic level due to the royal expectations that come along with being a grandson of Queen Elizabeth II.

At least Harry and Markle won't face the 3,500 guests that his parents, Prince Charles and Lady Diana Spencer, welcomed to their 1981 "wedding of the century" in St. Paul's Cathedral in London.  They also avoided the warehouse-sized Westminster Abbey, where Harry's brother Prince William and Kate Middleton packed in 1,900 guests for a 2011 royal wedding extravaganza televised around the world.

Their wedding venue, St. George's Chapel at Windsor Castle, holds a mere 800 guests. Even so, it's going to be tough to cut that list.

William barely could squeeze in A-listers like David Beckham and TV adventure host Ben Fogle — who may return for Harry's nuptials.

Britain's governing elite — Prime Minister Theresa May, Foreign Secretary Boris Johnson and Chancellor of the Exchequer Philip Hammond — would normally expect a Windsor invite. But with turmoil over Brexit roiling the ruling Conservative Party, perhaps the bride and groom should just wait until a week before the wedding, then invite whoever is still left standing.

The juiciest debate has been over invites for rival U.S. presidents Barack Obama and Donald Trump. Harry and Obama have obvious chemistry and have worked together promoting Harry's Invictus Games competition for wounded soldiers. Some British officials, however, fear that an invite to Obama would anger Trump.

The royals could note that Obama, the U.S. president in 2011, was not invited to William's wedding. And they have a bit more leeway because Harry's wedding is not considered a state event.  Markle, meanwhile, is a Hillary Clinton fan.

"We've changed our minds on this. We think Harry is in a position that he does not have to worry about the political implications of an invite," said Rupert Adams, a spokesman for the betting agency William Hill PLC. "We feel strongly that the Obamas will get an invite."

"We'd be very surprised to see him on the guest list," Adams said.

Canadian Prime Minister Justin Trudeau has a trifecta of ties to the bride and groom:  He's the head of a Commonwealth country, host of Harry's latest Invictus Games and leader of the nation where Markle had been living.

On the celebrity front, Elton John, who turned his song "Candle in the Wind" into an anthem for the late Princess Diana, is considered a 1-50 lock for an invite (98 percent chance) and singer James Blunt comes in at 1-4. Singer/songwriter Ed Sheeran is also reportedly close to Harry's royal cousins and his U.K. tour doesn't start until a few days later.

Violet von Westenholz who introduced the couple will get a nod, along with Harry's buddies Thomas and Charlie van Straubenzee, Thomas Inskip and Arthur Landon.

Yet A-listers could find themselves outnumbered by British military members and charity workers. Look for dress uniforms from both the Blues and Royals regiment and the Army Air Corps, since Harry served as a former Apache helicopter co-pilot in Afghanistan.

"You create significant bonds in a war zone," noted Adams.

Markle's ex-husband, producer Trevor Engelson, is not expected to receive an invitation.

But William Hill spokesman Adams admits that British bookies don't really have a clue about who the 36-year-old American will invite.

"The simple reality is ... we have been focusing on Harry over here," Adams said.