Royal wedding: How Harry and Meghan fell in love 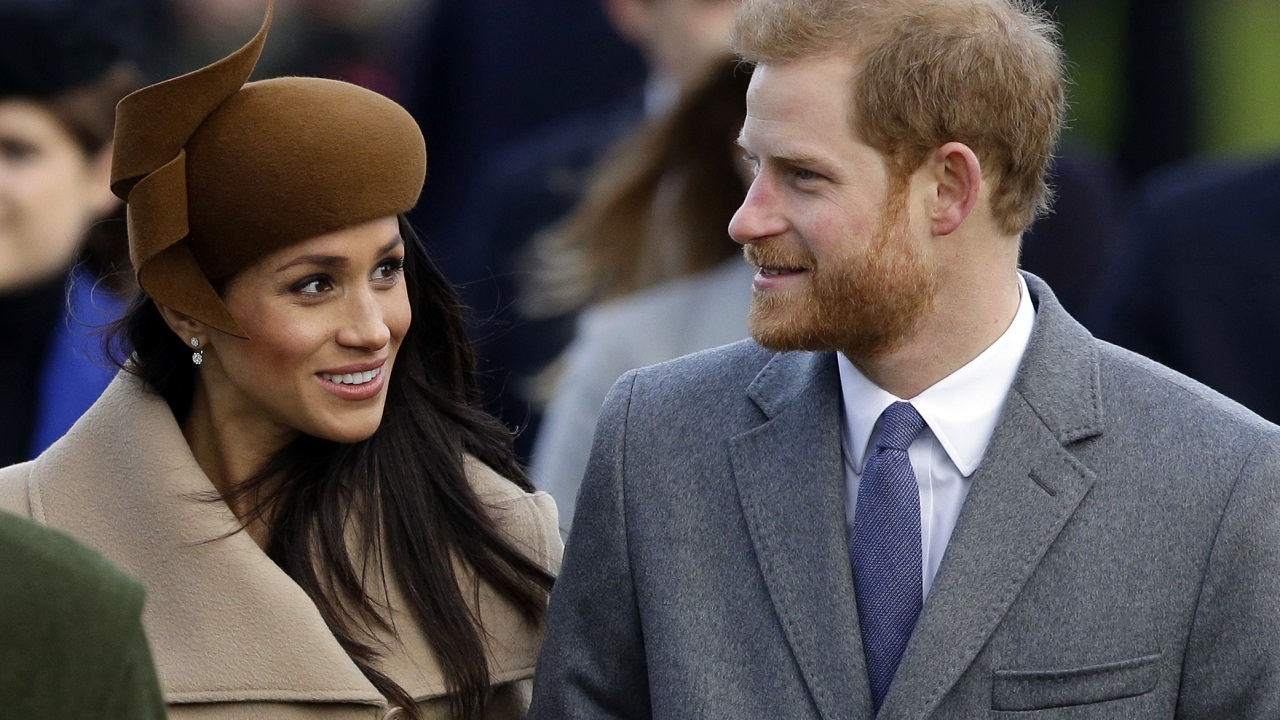 At Windsor Castle the flags are out, the carriage has been polished and the canapes are being prepared ahead of Saturday’s big event: the marriage of Prince Harry and Meghan Markle. Loop looks back on how their relationship unfolded.

The first reports that Prince Harry – the second son of heir-to-the-throne Prince Charles and the late Princess Diana – and Meghan Markle were dating emerged in the autumn of 2016.

Markle, an actress with a starring role in the US TV hit Suits, confirmed to Vanity Fair that the two met in July 2016 through a friend. Prince Harry later told the BBC: “I was beautifully surprised when I walked into that room and saw her. I was like: I’m really going to have to up my game here.”

They dated under the radar initially. “We were very quietly dating for about six months before it became news, and I was working during that whole time,” Markle told Vanity Fair.

But by early November, even though the relationship remained unconfirmed, the media pressure – and the unpleasant tone of some of the articles about Markle, who is biracial – had become too much.

Prince Harry issued a statement hitting out at the coverage, saying Markle had been subject to “a wave of abuse and harassment”, some of it with racial undertones. “It is not right that a few months into a relationship with him that Ms Markle should be subjected to such a storm,” it said.

With the relationship out in the open, the couple were photographed together for the first time in London two months later, buying a Christmas tree. Five months later, Markle was invited to the wedding of Pippa Middleton, the sister of Prince William’s wife Kate, in a move some saw as an indication she was being welcomed into the royal family.

The couple’s first joint appearance at a public event came in September 2017, at the opening ceremony of the Invictus Games, a sporting event for injured military personnel of which Harry is a patron, in Toronto, Canada. The two held hands and were seen with Markle’s mother, Doria.

It was around that time that Markle gave her first comment on the relationship to Vanity Fair. “We’re a couple,” she said. “We’re in love… I hope what people will understand is that this is our time. This is for us… But we’re happy. Personally, I love a great love story.”

Two months later, the couple were engaged. The proposal came as they spent a “cosy” night at Harry’s home in London trying to roast a chicken. “It was just an amazing surprise,” Markle told the BBC in an interview. “It was so sweet and natural and very romantic; he got on one knee.”

Prince Harry joked that she barely let him finish before accepting, adding: “It was a really nice moment – just the two of us.” 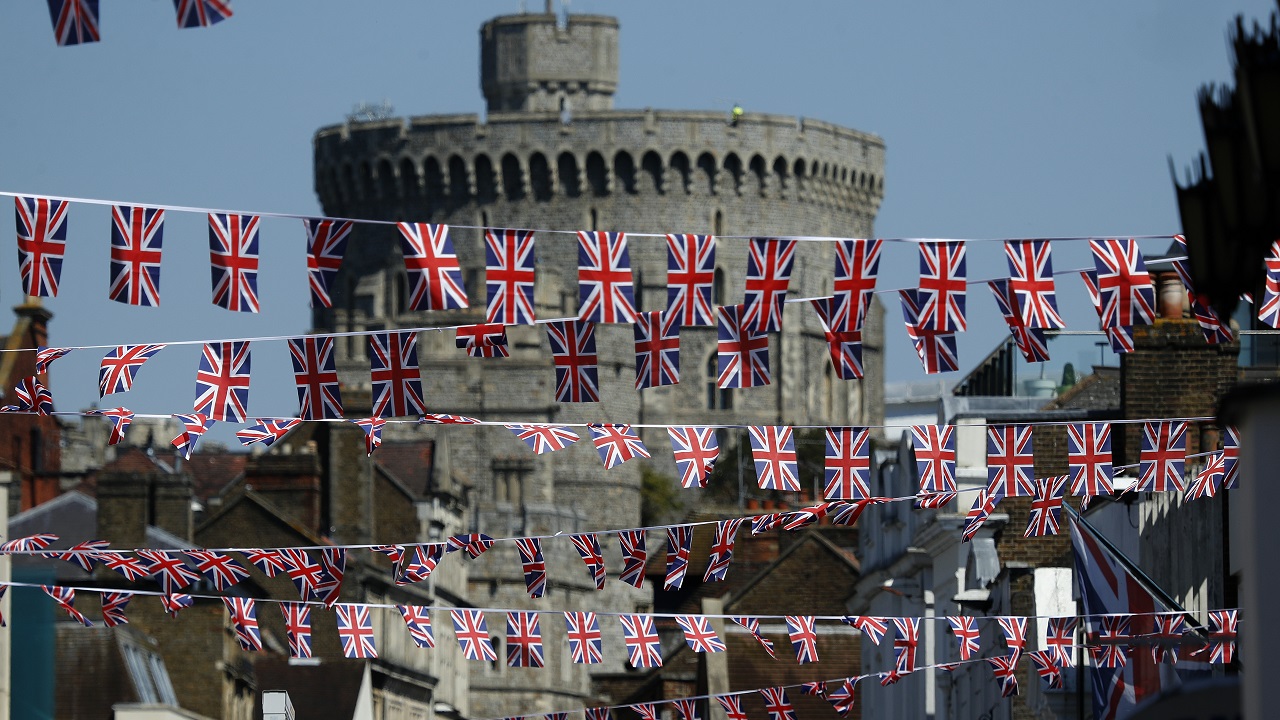 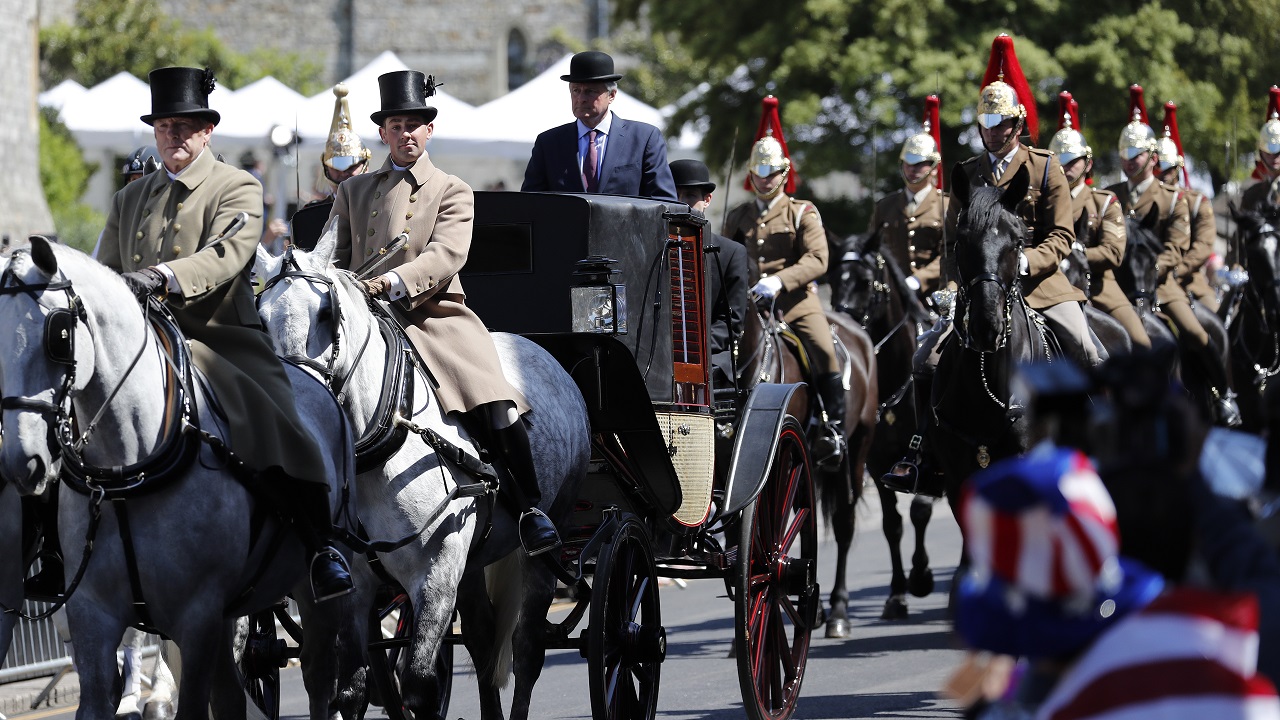 (Images: AP: Windsor Castle, where the couple will marry on Saturday; a rehearsal for the wedding parade on 17 May in Windsor)

Both told the BBC they hadn't known much about the other when they met, but said that this helped their relationship develop naturally, without preconceptions. They also revealed that shortly after meeting they took a holiday in Africa to get to know each other better.

Markle said she found some of the media coverage, particularly when it focused on her ethnicity, “disheartening”. But she said she and Prince Harry had chosen to focus on who they were as a couple. “When you take all those extra layers away and all of the noise, I think it makes it very easy to just enjoy being together and tune all of that out,” she said.

Since the engagement was announced, Markle – who has a strong track record in social activism - has taken part in several formal engagements with Prince Harry. In February 2018, at a televised forum for the Royal Foundation charity, she said she was keen to “hit the ground running”, and talked about her support for causes around women’s empowerment.

Prince Harry said that early on the pair had frank conversations about what marrying into the royal family would mean for Markle, and the hard work involved. “It’s a big deal,” he said, “and it’s not easy for anybody.”

Markle has very likely felt this particularly keenly in the run-up to the wedding, given the media scrutiny of her father and the strain it appears to have put on him.

But, in the engagement interview with the BBC, Prince Harry said the couple were committed to working together to make sure both their private and professional lives were happy.

“I know that, at the end of the day, she chooses me and I choose her, and so whatever we have to tackle – together or individually – it will always be us together as a team,” he said.

Meghan's sibling says their dad stressed out by press pack