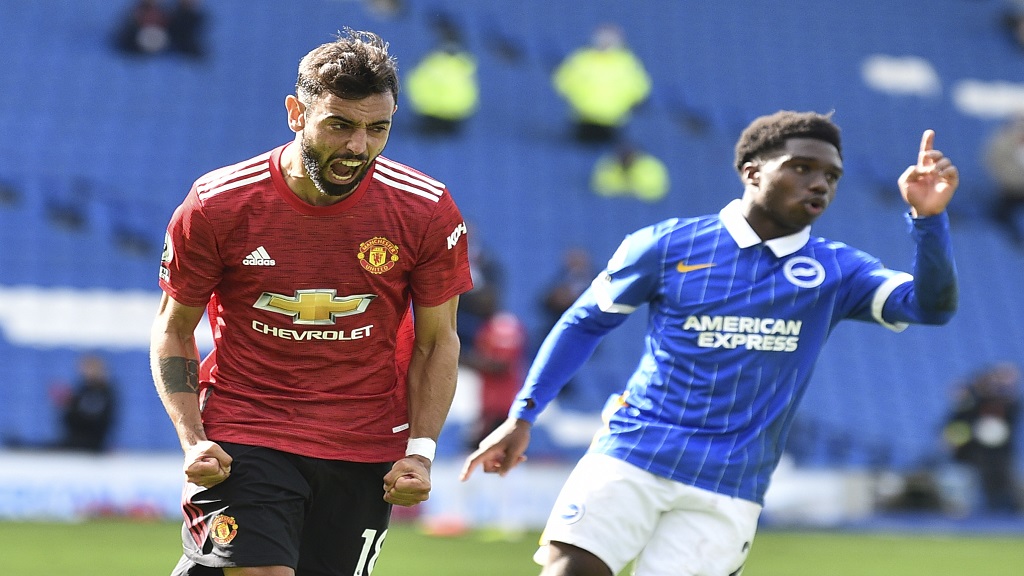 Bruno Fernandes has reportedly emerged as a transfer target for Barcelona and Real Madrid.

The Manchester United midfielder this week denied reports he had a bust-up with manager Ole Gunnar Solskjaer following their 6-1 loss to Tottenham.

While that rift has been denied, it has seemingly put LaLiga’s giants on alert.

Real Madrid and Barcelona are ready to battle for Manchester United star Bruno Fernandes, according to The Sun.

Fernandes only arrived at Old Trafford in January, signed in a deal worth €80million (£67.6m) from Sporting CP.

Contracted until 2025, the Portugal international has scored 10 goals and provided eight assists in 17 Premier League games.

Staying at Old Trafford and the Manchester Evening News reports Manchester United have triggered the one-year extension to Paul Pogba's contract, keeping the midfielder at the club until 2022.

Giovanni Reyna, 17, is catching the eye at Borussia Dortmund. ESPN reports the teenage midfielder is on the radar of Barcelona and Real Madrid after a stunning start to the Bundesliga season. He has scored once and provided three assists in three league games.

Contracted at Arsenal until next year, Mesut Ozil's future remains a talking point. The Daily Express says manager Mikel Arteta has given the playmaker two months to prove himself at the Premier League club.

Crystal Palace reportedly tried to land Watford attacker Ismaila Sarr on Friday. Sky Sports says a £25m bid from Palace for Sarr was rejected by the Championship club. Sarr has been linked to Liverpool and Manchester United previously.

In MLS, Robbie Keane could be set for a return to the LA Galaxy. The Sun reports Keane has agreed to replace Guillermo Barros Schelotto, who is under pressure with the Galaxy bottom of the Western Conference. Keane played for the Galaxy between 2011 and 2016 and is the club's second highest goalscorer.

Rumour Has It: Mbappe thinking about Real Madrid

Rumour Has It: Dembele pulled plug on Man United move