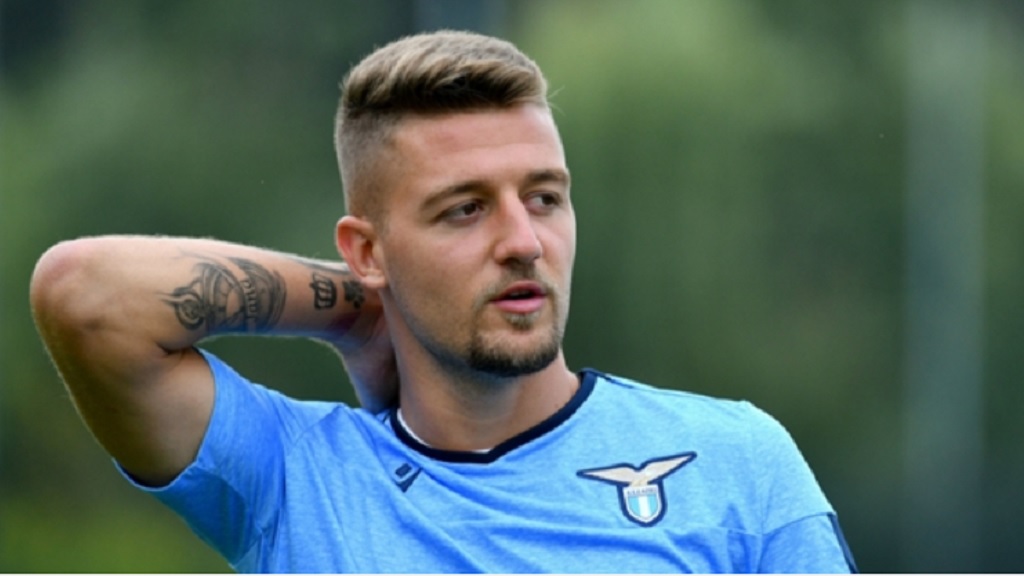 Sergej Milinkovic-Savic is proud to have played for Lazio.

Milinkovic-Savic has been linked to the likes of Paris Saint-Germain (PSG), Manchester United, and Manchester City.

Real Madrid, though, are reportedly fighting to bring the Serbia international to the Santiago Bernabeu.

Zinedine Zidane has approached Lazio star Sergej Milinkovic-Savic regarding a move to Real Madrid, according to Le10Sport.

Milinkovic-Savic is a player in demand, linked to PSG, Manchester United and Manchester City.

Zidane is interested in bringing Milinkovic-Savic to the Spanish capital, however, the Serbian midfielder reportedly wants to team up with Neymar and Kylian Mbappe at PSG.

- Luka Modric to Milan? The Madrid veteran was reportedly poised to swap the Santiago Bernabeu for San Siro at season's end. However, Calciomercato says the move is off after Zvonimir Boban's Milan exit.

- After Mauro Icardi completed a permanent transfer to PSG, Calciomercato reports Napoli striker Arkadiusz Milik is at the top of Juve's list of targets.

- According to Gazzetta dello Sport, Chelsea and Juve are set to hold talks over a deal that would see Jorginho and Federico Bernardeschi swap clubs.

- Madrid have been favourites to sign Rennes teenager Eduardo Camavinga, but Le10Sport says PSG are preparing a sensational move for the 17-year-old.

Rumour Has It: Dortmund unwilling to drop Sancho price

Rumour Has It: Barca and Madrid to battle for Napoli's Fabian Ruiz

Rumour Has It: Werner could replace Martinez if Inter star joins Barca