Run-off in Tobago PNM election set for this weekend 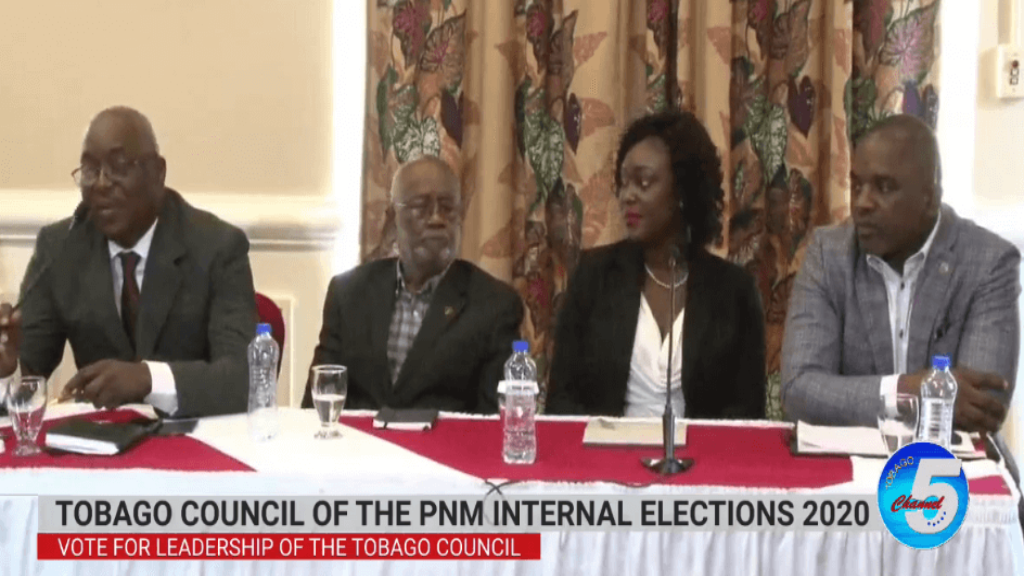 A screengrab from a conference held by the Tobago Council of the PNM on Tuesday, via Tobago Channel 5.

The run-off vote in the PNM Tobago Council internal election has been rescheduled to Sunday.

The run-off, which was originally set for February 2, was moved up by a week as leadership hopeful Deputy Chief Secretary Joel Jack requested a recount of the ballots.

Sunday’s run-off will see a repeat of the 2016 internal election – a battle between incumbent leader Kelvin Charles and Tracy Davidson-Celestine.

The election, which was held last Sunday, saw a delay in results being delivered following the close of polls at 6 pm. This led to a recount of ballots on Monday at 2 pm, which ended late in the evening.

Jack came in third with 1066 votes, taking him out of the leadership race. Charles gained the most votes, 1515, beating Davidson-Celestine by just 68 votes.

Just under 10,000 party members were eligible to vote.

At a conference on Tuesday, Charles and Davidson-Celestine expressed confidence ahead of Sunday’s run-off vote.

Charles urged party members to ensure that they act in a manner that upholds the party’s principles as they enter the second round of voting on Sunday.

“I urge all of us as we go in­to the next round and all the mem­bers, notwith­stand­ing your pre­ferred sup­port, let’s do so with the re­quired dig­ni­ty, and the re­quired decorum."

Meanwhile, Davidson-Celestine announced that she would give up her ambassadorship once she is elected as the council’s new leader.

“When I win come Sunday, January 26, I will re­sign my position because the time is short. It’s a temporary position and I will be very present in Tobago to ensure the party is organised in a particular manner and that we can win the next set of elections- both the general election and the Tobago House of Assembly elections.”

Seventeen positions, including the council’s leadership, were up for grabs in last Sunday’s elections.