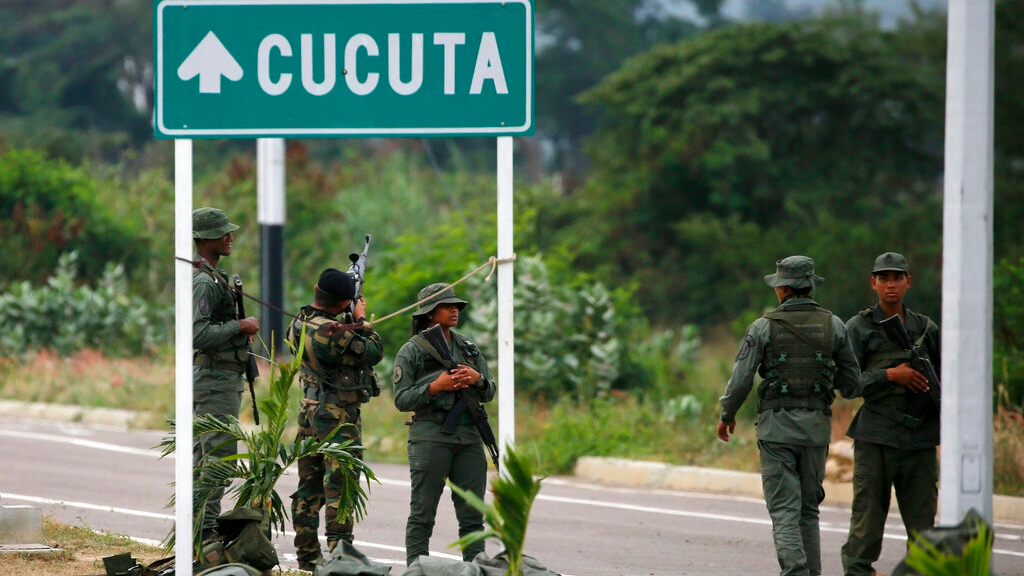 Alexander Shchetinin, the head of the Russian Foreign Ministry's Latin America department, said Monday that Moscow hasn't received any such request from Caracas, according to Russian news reports.

Asked to compare the situation in Venezuela to Syria, where Russia has waged a military campaign to shore up President Bashar Assad's government, Shchetinin said "there is a big difference" between Syria and Venezuela but wouldn't elaborate.

(Translation: "There is only one force, it is called the power of the people of Venezuela and these IGLA (Surface-to-Air-Missile System) and those that will come, by the thousands, thousands and thousands of IGLA in the hands of the armed forces of Venezuela by anti-aircraft, anti-missile defence, to make our cities and towns impregnable, by air, because by land they cannot pass, because there are the soldiers of Bolivar who would make the American empire pay for any audacity to touch the sacred soil of the Venezuelan homeland."

“We are a pacifist people, so long as no one messes with us, that Donald Trump does not threaten us. No. Donald Trump get out of Venezuela, out with his threats, there is are Armed Forces here and a people to defend the honor, dignity and decorum.")

At the same time, the Russian diplomat strongly warned the U.S. against making calls on the Venezuelan military to drop support for President Nicolas Maduro, saying it represented an "unthinkable meddling into foreign affairs of a sovereign nation."

The Latest: Maduro rejects European demands and US aid