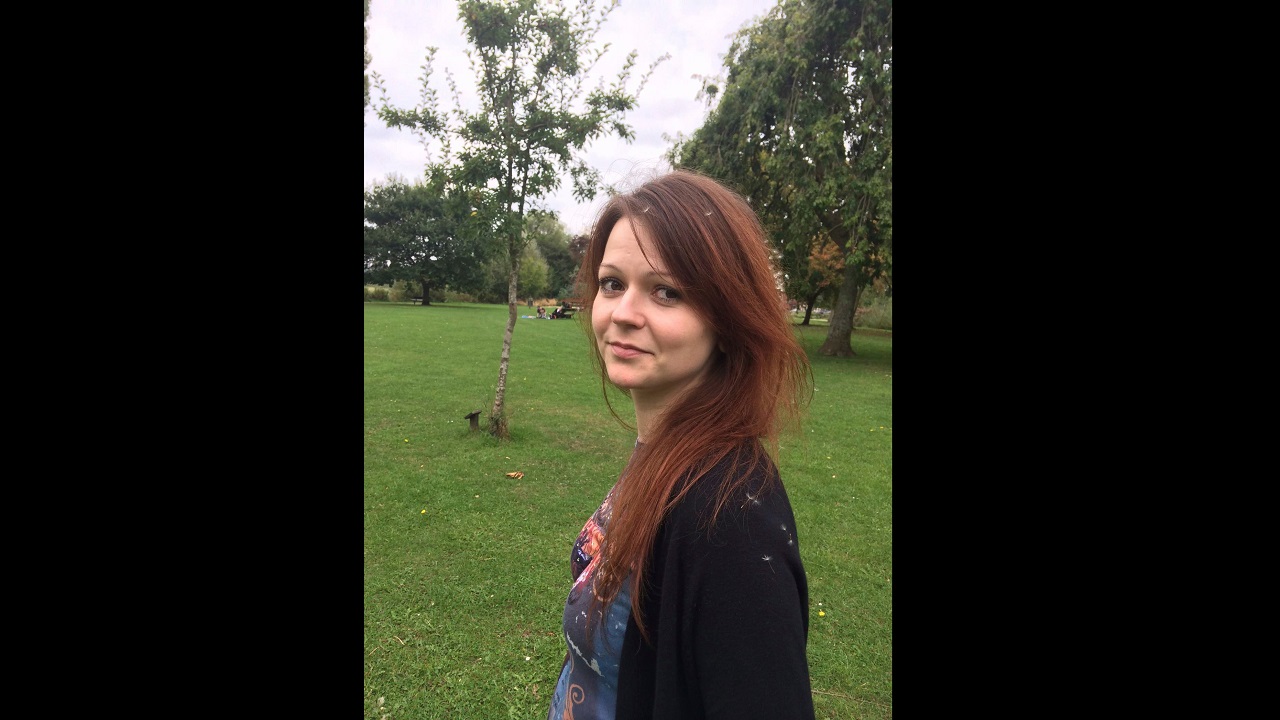 The daughter of a Russian ex-spy who was poisoned in a nerve-agent attack along with her father is improving rapidly and is out of critical condition, the hospital treating the pair said on Thursday.

Salisbury NHS Trust, which oversees the hospital where the Skripals are being treated, said 33-year-old Yulia is "improving rapidly and is no longer in a critical condition. Her condition is now stable."

The Skripals were found unconscious in the English city of Salisbury on 4 March, and British authorities say they were poisoned with a military-grade nerve agent.

Police say they were likely exposed to it on the door of Sergei Skripal's suburban house in Salisbury, where the highest concentration of the chemical has been found.

Sergei Skripal, a former Russian military intelligence officer, was imprisoned after he sold secrets to British intelligence. He was released in a 2010 spy swap and moved to Britain.

Britain says he and his daughter, who was visiting from Russia, were poisoned with a nerve agent developed in Soviet times and that it must have come from Russia.

Moscow vehemently denies involvement in the attack, which has sparked a diplomatic crisis between Russia and the West.

More than two dozen countries have expelled more than 150 Russian diplomats, including 60 kicked out by the US. The former Soviet republic of Georgia joined the list on Thursday, saying it would expel one Russian diplomat in solidarity with Britain.