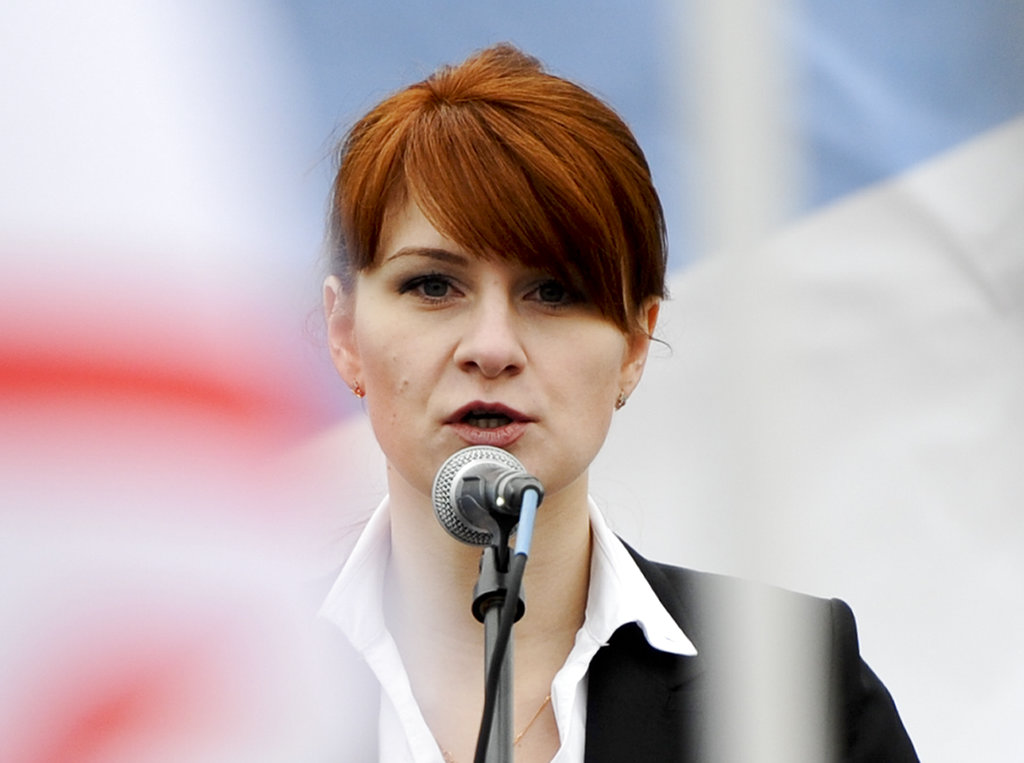 In this photo taken on Sunday, April 21, 2013, Maria Butina, leader of a pro-gun organization in Russia, speaks to a crowd during a rally in support of legalizing the possession of handguns in Moscow, Russia. (AP Photo)

Russian Embassy officials were to meet Thursday with a Siberian gun rights activist jailed in Washington on charges of spying on the United States, as Moscow blasted the arrest as "anti-Russian hysteria."

The embassy said in a Facebook post that consular officials will meet with Maria Butina for the first time since her Sunday arrest, and will provide her "all necessary help."

Butina, 29, denies wrongdoing, and the Russian government claims the arrest was driven by U.S. domestic politics and an overall anti-Russian mood.

U.S. federal prosecutors accuse Butina of being a covert Russian agent, having contacts with the KGB successor agency FSB, and using sex and deception to forge influential U.S. connections.

Her father, Valery Butin, said the family has been unable to speak to Butina since her arrest, according to the TASS news agency.

Butina grew up in a modest apartment building in the Siberian city of Barnaul, closer to the Mongolian and Kazakh borders than Moscow.

One of her former teachers told The Associated Press that Butina initially thought she would follow her father's footsteps as an entrepreneur, and opened a string of furniture stores.

But she developed an appetite for high-level politics after going to a special camp for young political hopefuls run by the pro-Kremlin United Russia party, said Konstantin Emeshin, founder of the School of Real Politics in Barnaul, where Butina got her first degree.

"She came back inspired, having met lots of people," he said.

Butina later moved to Moscow, started a gun-rights group, and then moved to the United States where she got a graduate degree in May from American University. U.S. prosecutors say her studies were a cover for her covert activities.

Emeshin said that Butina was considering a job in Silicon Valley after graduation, and told him she felt herself "at a crossroads."

A week before her arrest, Emeshin said, she contacted him on Facebook and asked for the contacts of specialists who defend "victims of political repression." She didn't elaborate. Butina had already been questioned by the U.S. Senate and had her apartment searched by the FBI in recent months.

Butina awaits trial on charges of conspiracy and acting as an unregistered foreign agent for Russia. She pleaded not guilty Wednesday, but was ordered held in jail as the case moves forward because of fears she would flee the country.