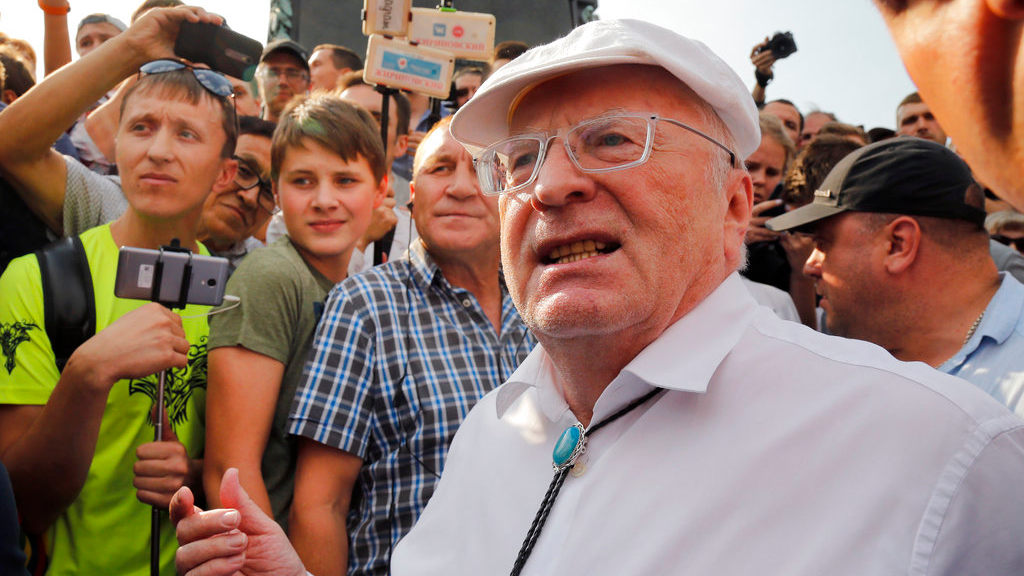 Opponents of a Russian government move to increase the age for collecting state retirement pensions held protests throughout the country on Sunday and scattered arrests were reported.

The protests were called by Alexei Navalny, the anti-corruption activist who is President Vladimir Putin's most prominent foe. Navalny is serving a 30-day jail sentence connected with an unsanctioned protest in January unrelated to the pension proposal, which was introduced in June.

Opposition to the proposal spans the political spectrum. Protests organized by the Communist Party were held across Russia earlier this month.

The plan calls for the pension age to be raised five years — to 65 for men and 60 for women.

Rallies that appeared to attract hundreds of people were reported in Siberia and the Far East.  News reports and tallies from the OVD-Info organization that monitors political repressions showed at least 40 arrests connected with the protests, including 12 each in the cities of Khabarovsk and Tomsk.

A lawyer for Navalny's Anti-Corruption Fund was arrested in Moscow, where a large rally was planned for Sunday afternoon.

Raising the pension is opposed both by older people, who fear they won't live long enough to collect significant benefits, and by younger Russians worried that keeping people in the workforce longer will limit their own employment opportunities.

Putin's trust rating in public opinion polls dropped notably after the proposal was put forward and last month offered some concessions, including dropping the age for women from 63 to 60.

But Putin and government officials say the age hike is necessary because rising life expectancy in Russia could exhaust pension resources if the eligibility age remains the same.

Russian prime minister warns US against ramping up sanctions